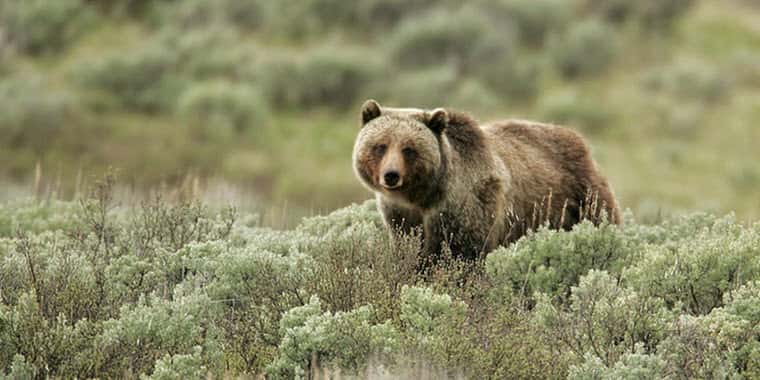 FORT SHAW, Mont (AP) -A grizzly bear that killed five sheep over the weekend is in the custody of wildlife officials and being relocated near Flathead National Forest.

The Great Falls Tribune reports wildlife officials captured the 2- to three-year-old bear Monday night near Fort Shaw. They radio collared it and approved it to be moved 106 miles from Jay Skoog's sheep and the other ranchers along the Sun River.

The bear was captured in one of two foot snares set after it had eluded the first trap that was set.

Montana Fish, Wildlife and Parks biologist and grizzly bear specialist Mike Madel says the 277-pound male bear is not yet an adult and could grow larger than average. He said the hope is that it won't come in conflict with humans again.

KFC Is Going to Court Over Rumors of Eight-legged Chickens