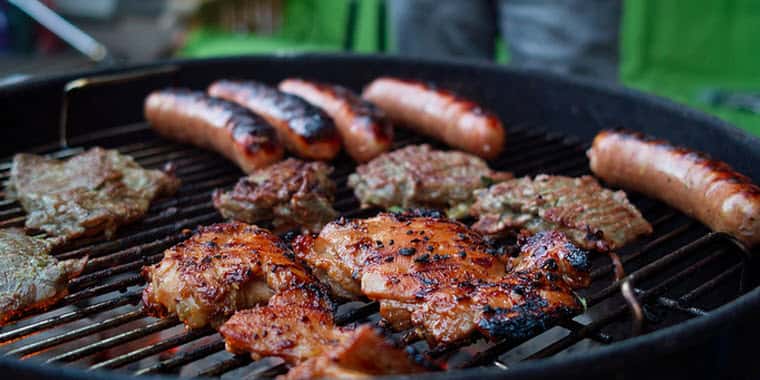 Hardly anything screams “summer in America” more than the smell of meat roasting on an open grill.

But the smell of barbecue has landed one Florida man in trouble with local authorities, who reportedly sent an “environmental specialist” to inspect his grill. The specialist then ordered him to contain the smell to his own property.

How he’s supposed to do that?  Good question.

As The Week magazine suggests, if you want to barbecue in Pinellas County, Florida, you better be endowed with the powers of Aeolus, the Greek god of the winds.

The interaction between a group of men and Joe Graham, the Pinellas County environmental specialist, was filmed and has gone viral on the Internet.

In the video, Graham somehow manages to keep a straight face while explaining the rules.

“I can smell it again right now, but I’m on your property,” the official tells the group. “You’re allowed to have it smell on your property, so that doesn’t count, but when I’m on the street, that’s when it counts.”

One of the men asks, incredulously, how he can comply with the order to keep the smell from wafting.

“So we’re supposed to control the smoke, and the wind, and the way it’s blowing,” he asks. He later tells Graham two of the men have lived in the house (and barbecuing) for 40 years, without incident.