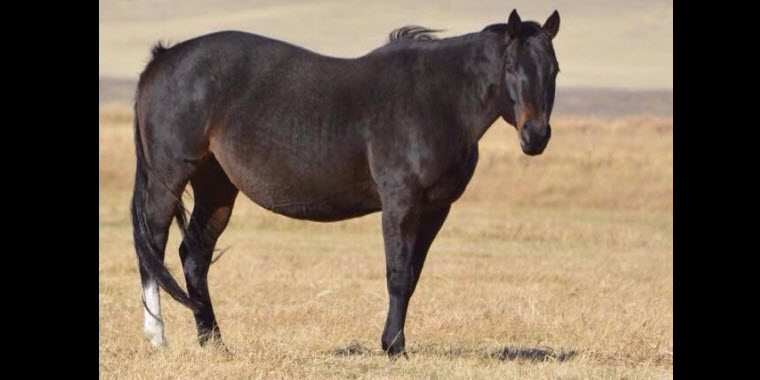 Horse Thievery, A Modern Tale Out of the Old West

A single mare vanishes out of a pasture.  Eight other horses within the same boundaries go untouched.  There is no body and no sign of a struggle.

“We have been unsuccessful in finding any trace of a carcass or foul play by predators,” says the mare’s owner Mona Moore.  “She’s just gone.”

It sounds like a story out of a Wild West film, but horse thieves seem to be alive and well in parts of Northern Ag Network’s listening area.  Alerted to the situation by a concerned listener, Haylie Shipp interviewed Moore on Wednesday.

Moore calls Choteau, Montana home.  It is there where she and her family own RQF Performance Horses.  She says they were perplexed when a brood mare that they’ve had for years vanished on January 10.  The mare, according to Moore, is “very pregnant” and expecting a foal mid-April.

While it is the first time it has happened to them, it’s not the first time that a similar incident has unfolded in the region.  Moore told Northern Ag Network that a mule had disappeared in similar fashion not too far away the year previous.

This is both a monetary and genetic loss for the RQF Performance Horses herd as well as a personal blow.  “Not only is she a financial part of the business, but they are part of our life,” said Moore.