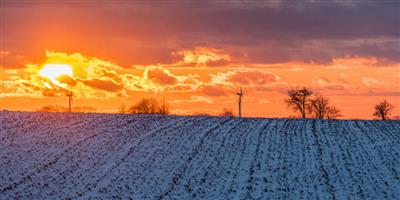 With Congress in the twilight of its session, House and Senate Agriculture Committee leaders agreed to a final version of the bill, which was posted Monday night on the House Rules Committee website, setting up the House to vote on the bill as early as Wednesday with a Senate vote following shortly after. Senate Agriculture Committee Republican staff sent out a tweet showing Chairman Pat Roberts, R-Kansas, signing the farm bill conference report and stating all of the Senate conferees had signed the legislation.

Those higher reference prices would be used in both PLC and the Agricultural Risk Coverage Program.

The farm bill makes some other changes to the Agricultural Risk Coverage program, including a trend-yield adjustment and a provision that allows USDA to divide some of the largest counties in the country into smaller units for county average yields.

Base acres that have been planted to grass from 2009-2017 crop years will no longer be eligible for ARC or PLC programs. Instead, the farm bill will allow landowners to enroll those acres into a special five-year Conservation Stewardship Program contract at $18 an acre.

The bill will allow nieces, nephews and cousins to qualify for commodity program payments and maintains the current individual payment limit remains at $125,000. The bill also keeps the adjusted gross income limit for farm program recipients at the $900,000 a year.

The Conservation Stewardship Program is maintained, but the bill removes annual acreage enrollments and payments. CSP also would be limited to $1 billion in budget authority while more funding is shifted to the Environmental Quality Incentives Program, the Agricultural Conservation Easement Program and the Regional Conservation Partnership Program.

In crop insurance, the bill makes some minor improvements in the products for forage and grazing insurance, but little else changes, following the mantra of farm groups that simply insisted Congress “do no harm” to insurance.

Under the nutrition title, the farm bill largely sets aside the major controversy throughout the year, which revolved around a House push for tighter work or job-training requirements for single adults on the Supplemental Nutrition Assistance Program. Those requirements were dropped in negotiations but other changes were made such as eliminating state bonuses for SNAP enrollment.

Following another battle late in the farm-bill process, the bill also includes an extensive overhaul of forestry provisions, including expedited environmental analysis for several forest management activities on federal lands.

The farm bill also boosts animal disease preparedness and prevention with mandatory funding for a national lab network and vaccine bank about $30 million a year, providing a permanent baseline for those programs.

The four leaders of the House and Senate Agriculture Committees issued statements Monday evening after the bill language was released and urged fellow lawmakers to support the legislation.

Senate Agriculture Committee Chairman Pat Roberts, R-Kansas, said, “As promised, this farm bill provides much needed certainty and predictability for all producers — of all crops — across all regions across the country. I thank my counterparts in the Senate and House for coming to — and staying at — the table to reach a bipartisan, bicameral agreement for rural America.”

House Agriculture Committee Chairman Michael Conaway, R-Texas, said, “America's farmers and ranchers are weathering the fifth year of severe recession, so passing a farm bill this week that strengthens the farm safety net is vitally important. I am grateful to the President, Secretary Perdue and my leadership for standing fast for the hard-working farm and ranch families that clothe and feed us.”

Senate Ranking Member Debbie Stabenow, D-Mich., said, “By working across the aisle, we overcame many differences to deliver a strong, bipartisan farm bill for our farmers, families, and rural communities. The 2018 Farm Bill is a good bill for our farmers and everyone who eats. Working together, we continued to expand the diversity of our agricultural economy, maintained a strong food and farm safety net, created new opportunities in our small towns and rural communities, and made significant investments in land and water conservation.”

House Agriculture Committee Ranking Member Collin Peterson, D-Minn., said, “This bill is a strong start to addressing the issues our producers are facing right now, particularly our dairy farmers. The bill's new provisions will offer more flexible coverage for lower cost when dairy farmers need it most, and provide producers more tools to manage their risk. It also invests $300 million in the prevention and response for animal pests and disease. More broadly, the bill invests in research, outreach to beginning and underserved producers, local and organic food production, bioenergy, and access to new markets. It also addresses broadband, farm stress and mental health issues, and the opioid epidemic in rural areas.”

The full text of the farm bill can be viewed at: