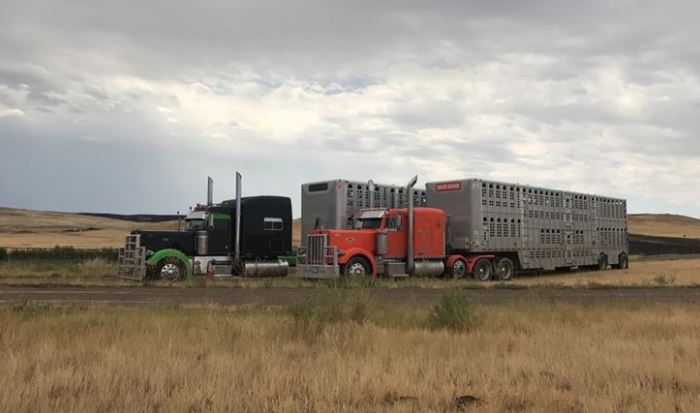 Anton Bekkerman, Associate Professor in Montana State University’s Agricultural Economics Department takes a two-part look at the detrimental effects the hours of service and electronic logging device regulations could have on the cattle industry.

On February 14, 2019, the U.S. Congress passed the 2019 Consolidated Appropriations Act, which provided funding to seven departments in the U.S. government. While much of the debate surrounded funding for the Department of Homeland Security, many other important provisions were implemented when the Act was signed into law.

One such provision appears in Division G, section 131, comprised of a single (albeit very long) sentence inserted through the efforts of Senator John Tester (D-MT). The provision prohibits the appropriation of funding to the U.S. Department of Transportation (USDOT) to enforce electronic logging device (ELD) regulations for livestock or insect (e.g., honey bees) haulers.

This post is part one of the two-post series that focuses on how this provision could lead to unequal economic impacts on feeder cattle producers across the United States. Specifically, the post below describes the underlying mechanism (the “how“) hours of service (HOS) and ELD rules can differentially impact ranching operations. The second post describes preliminary data analysis that seeks to offer some insights about the potential quantitative impacts (the “how much“) of the provisions.

What are Hours of Service and ELD regulations?

In 2013, the USDOT Federal Motor Carrier Safety Administration began enforcing hours-of-service rules that truck operators can drive the vehicle up to 11 total hours and must then take at least a 10-hour break. Additionally, drivers can only be “on duty” (driving or not driving) for up to 14 hours per day, before being required to rest for at least 10 hours.

To enforce these hours of service regulations, the USDOT requires that motor carriers and drivers must keep driving records. In the past, such records were handwritten by drivers into a manual, which was then submitted to law enforcement agencies. However, in December 2015, the USDOT issued a ruling that all monitoring must be done using electronic logging devices. These devices would automatically record information about engine operation and wirelessly transfer the data. This adds significant precision to tracking driving time and hours of operation in order to comply with safety regulations. More information about ELD regulations are provided on the USDOT website.

Why have hours of service and ELDs been controversial in livestock, insect, and fish transportation?

Hours of service and ELD regulations are ultimately designed to increase the safety of both the truck operators and other drivers on the road. However, other considerations are important.

When transporting live animals, insects, or fish, one of the biggest concerns is animal welfare. The objective is always to move animals from their starting location to their destination as fast and efficiently as possible in order to minimize stress and reduce the likelihood of illness resulting from the transport. For cow-calf operators, this means moving their feeder cattle to feedlots in the central Great Plains and Midwest as quickly as possible.

Many of the beef cattle feedlots are concentrated in a few regions, centered approximately around Greeley, CO; Kearney, NE; Sioux City, IA; Dodge City, KS; Guyman, OK; and Amarillo, TX. For many cow-calf operations, trucking feeder cattle to these feedlots under the 11-hour mandate is not an issue. However, for many locations in states such as Montana, North Dakota, Washington, Idaho, Oregon, among others, the 11-hour driving constraint is often binding. 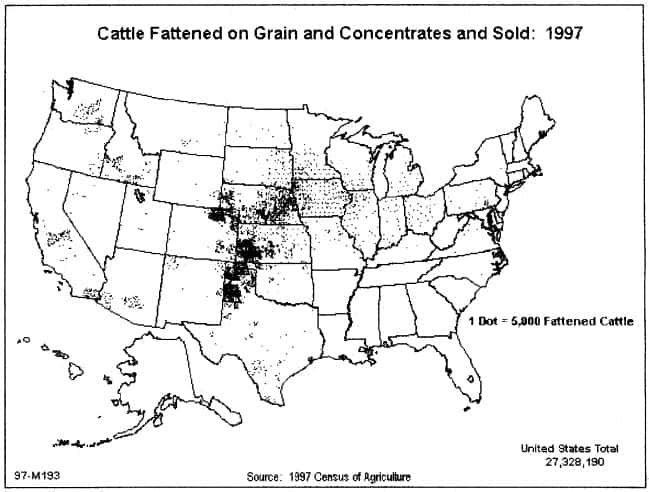 If a driver is unable to transport animals within the 11-hour period, then additional measures must be taken. For example, if there is an opportunity to hire a second driver, then the drivers could switch. If a multi-person driving team is not available, then the driver would need to stop driving for at least 10 hours. During the stoppage, the animals would need to be provided with food and (more importantly) water, and they could experience additional stress due to the interruption. Regardless of how the issue is approached, there will be higher costs associated with the moving the animals (i.e., hiring a second driver; hauling additional feed/water; potentially finding locations to temporarily disembark the animals; etc.)

What the economic impacts?

The fact that the 11-hour regulation only impacts certain locations where feeder cattle are produced implies that the potential economic impacts (i.e., higher costs) due to the regulations are likely to differently affect producers across the United States. That is, ranchers who are within a 11-hour driving distance to feedlots are not likely to be substantially affected by the new statutes. However, those who operate outside of the 11-hour driving radius could be impacted.

The economic impacts for those outside the 11-hour radius can be thought through the lens of interregional trade, and are illustrated in the figure below. For example, a Montana cow-calf operation is the “exporter” of feeder cattle and a feedlot location is the “importer.” Without the HOS/ELD provisions (and assuming simply for ease that no other additional costs to transporting cattle exist), the price that Montana ranchers would receive is depicted as the black dashed line in the figure.

With the additional provisions, however, the price received by Montana producers drops down to the line indicated in red. In other words, the additional transaction costs that would apply only to producers who must ship cattle more than 11 hours would result in lower prices for those producers. However, for those feeder cattle producers who can deliver their cattle in less than 11 hours, the price they receive would likely remain the same (i.e., they would maintain prices at the black line in the figure rather than move down to the red line).

Due to both animal welfare and economic reasons, the enforcement of hours of service and ELD provisions to the livestock sector has not yet been implemented. Legislators from states that are most likely to be affected have continued to find ways to delay the implementation and encourage the USDOT to find alternative solutions that would increase road safety while maintaining a level playing field for agricultural producers across the United States. But what would happen if the current or similar HOS and ELD provisions are actually implemented? How much might this impact producers outside the 11-hour delivery radius? That’s the topic of the second part of this post series.

Weathering the Storm During Calving