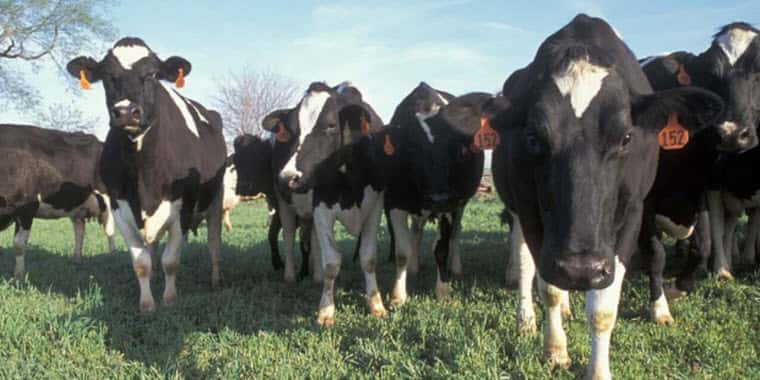 You may have seen the unfortunate stories of dairy producers in Wisconsin having to dump milk due to the supply chain challenges that COVID-19 has caused. With schools, restaurants and hotels closed and some stores limiting milk purchases, Montana dairy farmers have run into similar challenges. In fact, this week some producers were forced to dump their milk. However, some of Montana’s milk producers have come together to get milk to those people in need.

Twenty-nine Hutterite Colonies have donated 3,500 pounds of milk each, approximately 12,000 gallons, to the Montana Food Bank Network. Rather than dumping the excess milk that cannot be delivered or is not being purchased by retailers, the Colonies came together to give to consumers who want and need milk. The Montana Milk Producers Association, made up of the 29 Colonies, said they want to help those in need and know that there are people out there that need this milk.

A Colony representative told Northern Ag Network, “We want to donate this with open arms to those in need across the state of Montana.”

Not only was the milk donated but the costs for processing and delivery have been covered as well. Ken Bryan with Cargill Feed and Nutrition says the company has offered to pay for processing because Cargill has been invested in the dairy industry, with one of the Colonies being a customer for over 35 years.

“When we heard about this the first question I had was ‘How can we help?’ Over that period of time, not only is it a business relationship, it’s a friendship,” Bryan says. “This is a tough time, tough for them (dairies), a tough time for people in Montana who are having a hard time getting milk because of buying habits, store hours, and everything else. We found a place where we can take part and help give back to the communities that we live in, work in, and thrive in every day.”

Meadow Gold Dairy will be covering the costs of delivering the product.

The plan has already been set in motion with delivery expected on Monday, April 13th to the Montana Food Bank Network.

There obviously isn’t a shortage of milk, so the Montana Milk Producers are encouraging retailers not to limit customer purchases and they’re encouraging consumers to buy as much as they need. If you want milk that is raised in Montana, milk sold under the Meadow Gold and Darigold labels comes from Montana dairies.

Thank you Hutterite communities, Darigold and Meadow Gold for your generosity. Hopefully those who are about to share a derogatory comment about you will remember and think twice. This event is reminding all of us to think of those who are less fortunate.

Congratulations to the Colonies for helping make sure that kids and their parents are getting some extra milk in their diets. Also, kudos to Darigold, Meadow Gold, and Cargill Feeds for covering the cost of processing and Distribution. Sad that without the schools providing milk to the children, some or many go without or get less. So critical to childrens’ diets to have a better mineral balance with milk, as opposed to substituting Pop and many other beverages that are not near as nutritious and balanced for optimal bone growth and child health.

Most Giving People! They Just Love God and Family

They have a servant heart to help there fellow man.
Thank you.

A good deed for a great cause. Thank you to all involved.

Many thanks to the Colonies, Meadow Gold and Cargill for their generosity!

Good neighbors and hard workers. I admire them for being so self sufficient. Montana common sense…..not wasting this valuable food source. Thanks.

May they be blessed for this loving and generous act. Milk is so good for strong bones and teeth. A great lesson to teach children about charity at this time: Waste not, want not!!