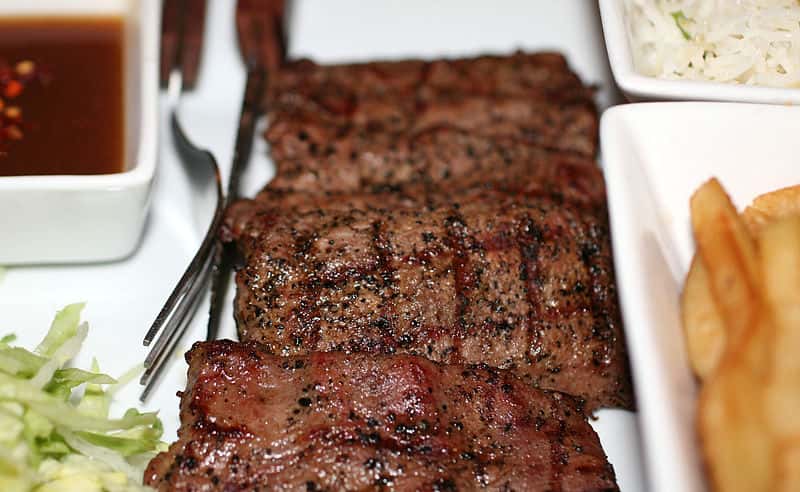 (Dow Jones) — Tyson Foods Inc. forecast tight U.S. meat supplies in the months ahead as farmers wrestle with illness and drought that have trimmed herds and flocks.

Shares in the biggest U.S. meat company by sales fell nearly 10{0a3336b3da8cf935de4f3eb78fe29508c4b8b5ebd27d01af2d815614325d533e} on Monday despite a more than doubling of its latest quarterly profit, as Tyson's guidance raised questions about its ability to keep increasing earnings.

“The big 'if' for us is what's going to happen with pork,” said Tyson Chief Executive Donnie Smith, adding that the effect of porcine epidemic diarrhea virus is likely to peak this summer and could cut U.S. pork production by 4{0a3336b3da8cf935de4f3eb78fe29508c4b8b5ebd27d01af2d815614325d533e} this year. The virus, fatal only to young pigs, has spread to about 30 states since last spring and killed at least five million animals, according to analyst estimates.

Tyson, alongside rivals Hormel Foods Corp. and Pilgrim's Pride Corp., confronts tightening supplies for all major meats, ratcheting up pressure to secure animals to supply its customers. Beyond the pig virus, drought conditions in the southern U.S. in recent years helped drive the overall size of the domestic cattle herd to its lowest in about six decades, according to industry estimates, while consumers' increasing appetite for chicken, which is less expensive than beef or pork, has pressured poultry producers to meet demand.

Earnings fell short of analysts' expectations, as did Tyson's guidance that it expects profit of at least $2.78 a share in its 2014 fiscal year. Analysts had expected roughly $2.93, according to FactSet.

International revenue fell and its losses in those operations widened sharply.

Shares were down 9.9{0a3336b3da8cf935de4f3eb78fe29508c4b8b5ebd27d01af2d815614325d533e} to $38.44, erasing a roughly two-month run-up in the company's stock price that some analysts said was driven by higher earnings expectations and the idea that Tyson could expand through a large acquisition. Tyson last month lost a battle to buy Michael Foods Inc., a major egg producer, which sold itself to Post Holdings Inc. for about $2.5 billion.

Tyson executives on Monday declined to comment on Michael Foods, but Chief Financial Officer Dennis Leatherby said the company has “considerable ability” to borrow money to fund a deal.

Tyson executives also outlined factors likely to keep overall meat supplies tight over much of the next year.

Mr. Smith said the piglet virus will hit Tyson's own hog supplies further starting in June, as the disease expands across U.S. swine farms, likely peaking in August before easing in October.

Chicken farms, which Tyson relies on to meet rising consumer demand for a cheaper alternative to beef, are working to raise more birds but won't be able to significantly increase supplies until later next year, he said.