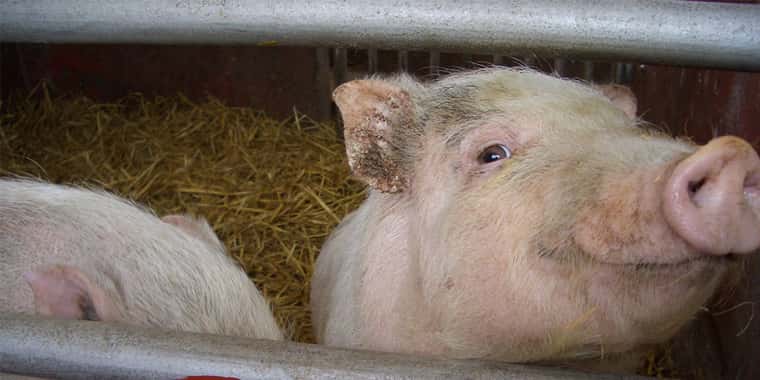 Despite obvious challenges for the pork industry, a South Dakota swine producer says there is still big opportunity for beginning farmers.

“Right now livestock is where the opportunity is for young people,” says Brad Greenway.  As the National Pork Board’s Vice President, Greenway has seen a lot of struggles in the past few years.  While his operation in Mitchell, South Dakota has been fortunate enough to not witness firsthand the struggles of the Porcine Epidemic Diarrhea virus (PEDv), adversities like PEDv and H1N1 have been the reality of many in the industry.

According to Greenway, “There are a lot of other diseases out there that are not in the United States.”  That reality has led the National Pork Board to invest both time and monetary assets into developing a long-range disease prevention and identification plan.  Greenway explained to Northern Ag Network in a recent interview that PEDv was an important learning exercise for the pork industry.  Now, he says, that we need to use what was learned to prevent and/or better control any similar situation in the future.

Despite these challenges, he holds true that livestock is where the opportunity is now.  Excited about the chance to get young producers into the pork industry, Greenway suggested three sources of information for folks wanting to get into the business of bacon:

Perhaps a bit untraditional, Greenway also explained a change in their business model made recently.

While they were a farrow-to-finish operation with some outdoor production, they have since built their first confinement barn.  They've also gotten involved with a co-op in which they, along with 13 others, own a sow barn that is being managed by a veterinary clinic.  This is a possibility that he suggests for beginning farmers.  Because of ideas like this, Greenway says that a ton of young producers in his area have started into the swine industry in the last half decade.

Will Congress Extend Section 179 After All?