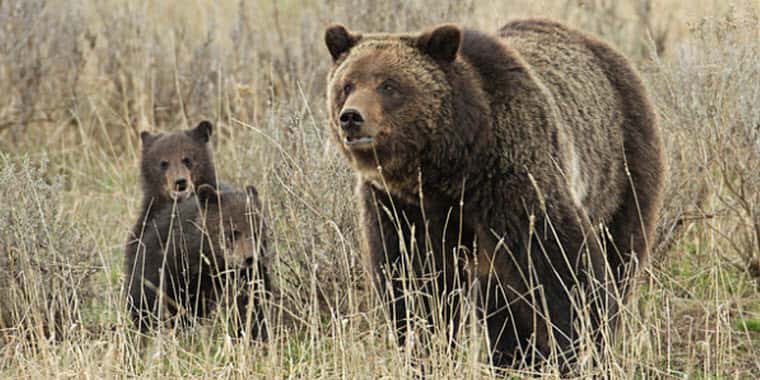 Bernhardt traveled to Choteau, MT in October 2019 with Congressman Gianforte to meet with area ranchers and members of the community to hear their concerns about living with grizzly bears. In his letter to Gianforte, Bernhardt reflected on the meeting.

“During this meeting I heard about bears breaking into grain silos, denning in crops, and passing through school grounds. The people I met were unsettled by these interactions and felt their concerns were not being heard by the Department of the Interior and the State of Montana,” Secretary Bernhardt wrote.

Conceding the challenge in addressing problems bears in the existing administrative structure, Secretary Bernhardt said, “This [administrative] complexity has led to risk-averse and delayed actions when human-bear conflicts arise. Flawed decision-making processes have resulted in growing discontent among the people that live with these bears.”

Bernhardt wrote to Senator Daines, “During my hearing before the Senate Appropriations Subcommittee, we discussed our shared concerns over grizzly bear management in the State of Montana,” Bernhardt wrote. “You have been a vocal leader on this issue, and I would like to provide an update on the actions the Department is taking to improve the management of grizzly bears.”

The Department of Interior has committed to:

“Until we can retain full state management of the grizzly bear, we need common sense, collaborative methods of managing to reduce human conflict,” Daines said. “I am thankful to Secretary Bernhardt for listening to the concerns of Montanans and redirecting management.”

Where To Go To Test Your Wool

The special interest groups have weaponized the Endangered Species Act and their lawyers are paid handsomely by our government for obstructing anything that goes beyond walking through the woods with a camera. It has gotten old, and in the summer and fall the air is foul with smoke, while not a single lumber mill remains in Lincoln County. A sad state of affairs, and absolutely government driven.
To shut down a thinning project because the noise is detrimental to a Griz while 90 miles to the East is Glacier Park with 3 Million Visitors and a thriving Griz population is mind numbing…..With research, one discovers a few lawyers and a couple judges responsible for the majority of the shutdowns and delays and continuous "back to the drawing boards" for the USFS.