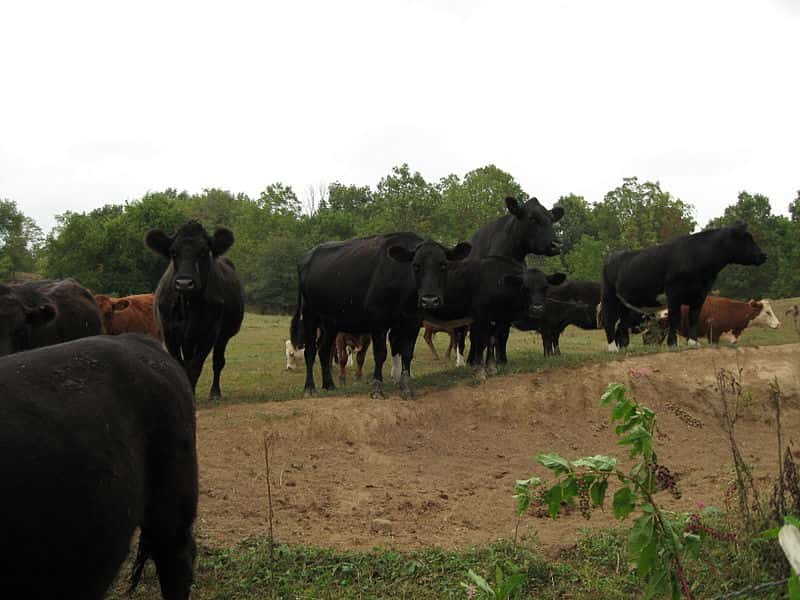 The effects of many years of cattle herd liquidation and the inevitable decreases in beef production have become glaringly obvious in 2014.

Cattle slaughter is down 6.3 percent leading to a 5.7 percent decrease in beef production so far this year.  Cattle and beef prices have reached record levels and the certainty of high prices for the foreseeable future makes the question of cow herd expansion one that is top of mind for the industry and increasingly for consumers as well.

The Jan. 1, 2014 inventory of beef replacement heifers indicated a 90,000 head year over year increase, up 1.7 percent from 2013.  While this indicates producer intentions regarding heifer retention, there is no guarantee that intended replacements will actually enter the cow herd.  In fact, in both 2012 and 2013, more replacement heifers were in inventory on January 1 but unfavorable conditions led to herd liquidation rather than expansion in those years.

Moderate improvement in forage conditions in last half of 2013 led to strong indications of herd expansion intentions including the additional replacement heifers mentioned above and a 13.5 percent decrease in beef cow slaughter.

Increased heifer retention has also been indicated by sharp year over year decrease in heifers on feed since last October.  Despite apparent herd expansion intentions in late 2013, enough liquidation occurred early in the year to result in a 0.9 percent decrease in beef cow inventory for the year.

Recent redevelopment of drought conditions in parts of the Southern Plains raised concerns that herd expansion would once again be preempted.

However, despite severe winter weather and another delayed spring, USDA reported that U.S. hay stocks on May 1 were up nearly 36 percent from year ago levels. Increased hay stocks in most states indicated that cattle operations came through the winter in better shape and with somewhat more management flexibility than last year.

Memorial Day weekend brought a significantly different weather pattern to the Southern Plains with much of the worst drought areas receiving several waves of rainfall.  The rain continues and the finally tally is not known yet but there is no doubt that this is the most significant rainfall in the region in many months.  While this rain will not eliminate the drought, it is very timely from a forage perspective and revives hope for continued improvement in the region.

Though conditions are still tenuous, it appears that initial herd expansion is underway and modest herd growth is possible in 2014.

Heifer and beef cow slaughter totals so far this year suggest that herd expansion plans going into 2014 are still intact.  Aggregate numbers suggest that beef cow herd expansion up to one percent could be possible in 2014 but a review of individual states where herd expansion is most feasible indicates that net herd growth of perhaps one-half percent is more likely. From the low current beef cow inventory of 29.0 million head, this would add perhaps 200,000 head to the beef cow inventory this year and is a reminder that the rebuilding process will take several years.

If beef cow herd expansion does start in 2014, it will likely to take until 2017, at least, to recover drought liquidation since 2011 and expansion beyond that level could take the rest of this decade.

Should You Lock in Fall Calf Prices?