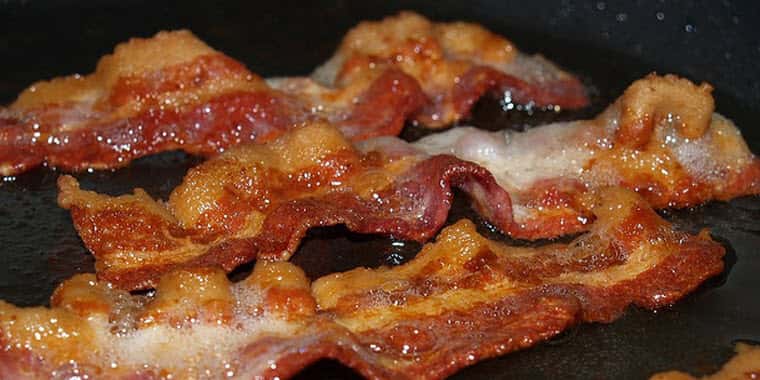 It’s Hard to Give Up Bacon

Washington, D.C. – The American Meat Institute (AMI) had two words for vegetarians in the wake of a new study released this week that showed that five out of six Americans who try vegetarian diets return to a balanced, meat-containing diet: “Welcome back.”

The Harris Interactive survey of more than 11,000 adults found that only two percent of Americans don’t consume meat at all, and 88 percent have never been vegetarians or vegans. But perhaps most important is the finding that of the 12 percent of Americans who have tried a vegetarian lifestyle, five out of six revert.

“This new data shows what we’ve known intuitively. Meat and poultry are irresistible for their taste and nutrition,” said Janet Riley, senior vice president of public affairs at the American Meat Institute. “A growing body of evidence reveals that balanced diets that include meat and poultry are the best option for good nutrition and for weight control because meat controls hunger.”

While Harris Interactive conducted the survey for the Humane Research Council, which undoubtedly hoped for a different survey outcome, consumers can also feel confident that animal handling and humane treatment are better than ever. As evidence, AMI pointed to its “Glass Walls” videos hosted by leading animal welfare expert Temple Grandin, Ph.D., which offer unscripted tours of beef, pork and turkey plants.

The Institute also pointed to some little known facts about meat nutrition: