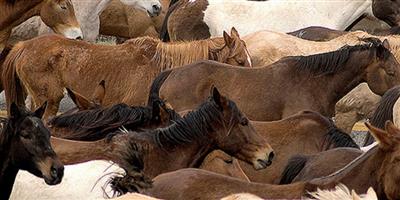 A District Court judge has granted an order that will permanently prohibit plans for developing a horse processing plant in New Mexico.

The sale of horsemeat for human consumption is banned in the United States, and horse meat processing has not taken place in the United States since 2007.  Horse processing once again became possible in the United States in 2011 when Congress passed an appropriations bill that did not contain language specifically forbidding the USDA from using federal dollars to fund horsemeat inspections.  There is no federal law prohibiting the transport of horses across American borders for slaughter in Canada or Mexico.

On Feb. 4, District Judge Francis Mathew issued a final order stating listing the current companies attempting to open a processing plant and anyone associated with them “are permanently enjoined from slaughtering horses for human consumption, and from manufacturing, selling, or distributing horsemeat products for human consumption in New Mexico.”

Some American companies have tried to start up horse slaughter plants in recent years but none has succeeded. However, thousands of horses are transported each year to Mexico and Canada for slaughter.