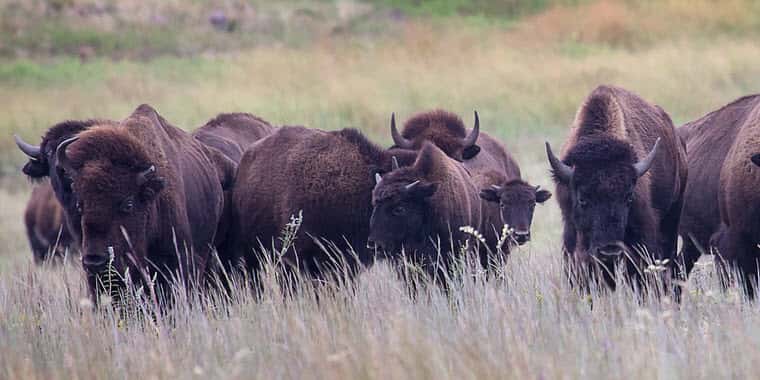 BILLINGS — Saying that Gov. Steve Bullock made a “real big mistake” in vetoing his Senate Bill 284 that would have allowed county commissioners to decide whether bison should be located in their county, Sen. John Brenden vowed that Eastern Montana landowners would retaliate by not allowing sportsmen access to their property in the upcoming hunting season.

“The governor and the sportsmen are going to have to pay the consequences for this,” said Brenden, R-Scobey.

Brenden’s bill had passed through the Legislature on largely party line votes with Republicans favoring the measure. Bullock vetoed the bill Monday, saying in his explanation that the bill “sets a dangerous precedent by supplanting the state's management of its fish and wildlife with county regulation.”

“Wildlife needs to be managed by Fish, Wildlife and Parks and the wildlife commission and should not be made by a select few individuals,” agreed Kit Fischer, of the National Wildlife Federation.

The federation has been one of the conservation organizations advocating for relocating wild bison in a place like the Charles M. Russell National Wildlife Refuge in Eastern Montana. He said opposition to bison in the area is based on “apprehension” about what FWP is doing.

No More Tractor Rides with Grampa?