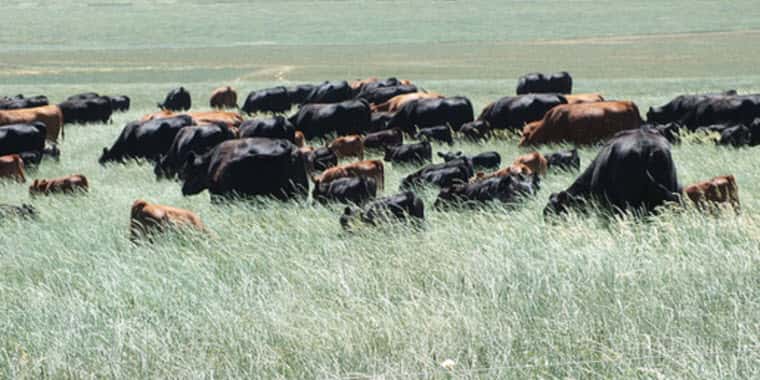 Sens. Roger Marshall, R-Kan., and Kevin Cramer, R-N.D., have introduced the 30×30 Termination Act, a measure aimed at blocking the Biden administration’s 30×30 plan that would seek to conserve 30% of land and water by 2030.

Under the Biden administration’s 30×30 plan, America the Beautiful, the program stresses voluntary conservation and expansion of USDA’s conservation programs. Republicans, however, have portrayed the plan as an attempt to force conservation measures onto private landowners.

The legislation prevents a number of actions on public and private land in the name of conservation, according to Marshall’s office.

“Land ownership is a core right protected by the Constitution and we cannot allow radical environmentalists who are in the driver’s seat on 30 x 30 dictate what happens on our land. This initiative is further proof of the clear disconnect between the left and those who feed, fuel, and clothe the world,” said Senator Marshall. “Farmers and ranchers are the original conservationists, and no one knows what’s best for the land better than those who work on it day in and day out. The best thing the federal government can do is trust the environmental judgment of farmers and ranchers and let them do what they do best: steward the land.”

“President Biden’s Administration is paving the way for another attempted land grab by the federal government,” said Senator Cramer. “He should learn from the North Dakotans who understand conservation goals are best set by the local communities impacted by them, not by bureaucrats in Washington. Our bill would nullify the President’s ill-conceived plan and protect American taxpayer dollars from being used to carry out this initiative.”

The measure would nullify the executive order being used to put the 30×30 initiative in place and blocks any funds from being spent to carry out the initiative among other provisions.

The 30 x 30 Termination Act would block the Administration’s executive actions and protect private land ownership by:

Consumer Access to Beef a Priority for State’s Ag Leaders