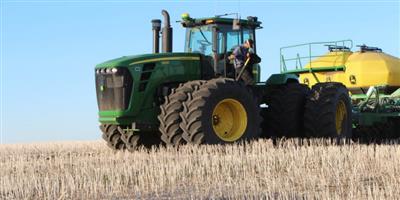 The Death Tax Repeal Act of 2021 was introduced this week in both the U.S. Senate and House by U.S. Senator John Thune of South Dakota and U.S. Representatives Sanford Bishop (D-GA) and Jason Smith (R-MO).

Both bills would allow for a complete repeal of the estate tax, which, according to an American Farm Bureau Federation analysis, threatens more than 74,000 family farms across the country and nearly half of all farmland.

“The last thing grieving Americans need is to be punished for their family’s hard work in building successful farms, ranches, and small businesses that feed the world and drive our economy,” said Rep. Jason Smith. “Repealing the death tax is a necessary step towards ensuring the future for family-owned farms and small businesses for generations to come and helps them carry on their family’s legacy.”

“I have always believed that the death tax is politically misguided, morally unjustified, and downright un-American”, said Congressman Bishop.  “It undermines the life work and the life savings of farmers and small- and medium-sized businesses in Georgia and across the nation. It is high time that we put an end to this unfair tax and pass this important legislation.”

“Farmers and ranchers already face unpredictable challenges beyond our control yet persevere to protect our nation’s supply of food, fiber and renewable fuel. The tax code should encourage farm business growth, not add to uncertainty,” said AFBF President Zippy Duvall. “Eliminating the estate tax removes another barrier to entry for sons and daughters or other beginning farmers to carry-on our agricultural legacy and make farming more accessible to all. We appreciate Senator Thune and Representatives Smith and Bishop for introducing their bills and look forward to working with them to get this important legislation passed.”

The National Cattlemen’s Beef Association (NCBA) issued the following statement in support of bipartisan legislation to repeal the federal estate tax, commonly referred to as the death tax.

“The estate tax disproportionately harms cattle producers because with few options to pay off tax liabilities, many farm and ranch families are forced to make tough choices at the time of death – and in worst case scenarios, must sell off land to meet their federal tax burden,” said NCBA President Jerry Bohn.

An estimated 2,000 acres of agricultural land is paved over, fragmented, or converted to uses that compromise agriculture each day in the United States. With more than 40 percent of farmland expected to transition in the next two decades, Congress must prioritize policies that support land transfers to the next generation of farmers and ranchers. Most farm estate values can be attributed to non-liquid assets such as the fair market value of land, livestock, and equipment.

“As small business owners, environmental stewards, and the economic backbone of rural communities across the country, U.S. cattle producers understand and appreciate the role of taxes in maintaining and improving our nation. However, they also believe that the most effective tax code is an equitable one. For this reason, NCBA ardently supports the Death Tax Repeal Act of 2021,” Bohn said.