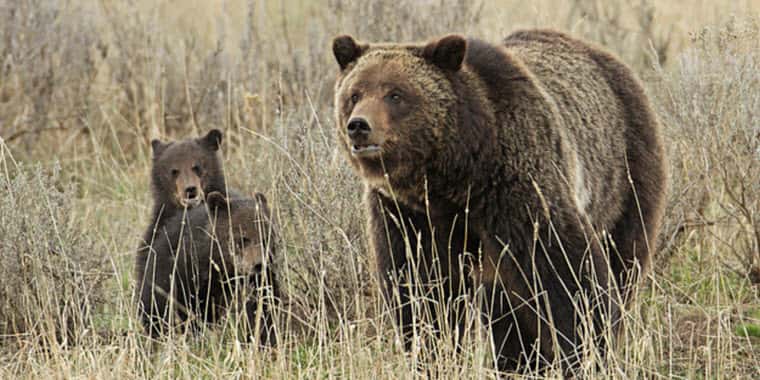 U.S. Senator John Barrasso (R-WY), chairman of the Senate Committee on Environment and Public Works (EPW), introduced the Endangered Species Act Amendments of 2020. The legislation reauthorizes the Endangered Species Act (ESA) for the first time since 1992, elevates the role of states and increases transparency in the implementation of the ESA. It also prioritizes resources to help meet conservation goals, while providing regulatory certainty to promote recovery activities.

On Sept. 23, 2020, the EPW Committee will hold a legislative hearing on Barrasso’s bill. Barrasso has invited Wyoming Governor Mark Gordon to testify.

“It is past time to modernize the Endangered Species Act. The status-quo is not acceptable,” said Barrasso. “Species that go on the endangered species list seem to stay there forever and never recover to the point of coming off the list. My bill promotes the recovery of species and will allow local economies to thrive. State and local experts need to be leading efforts to protect local wildlife.”

“This legislation will increase local input and improve transparency in the listing process. It protects endangered species and helps communities invest in more conservation and recovery activities. I look forward to holding a hearing next week on the legislation and listening to Governor Gordon’s thoughts on this important issue for Wyoming.”

Specifically, the legislation will:

On Feb. 15, 2017, the EPW Committee held an oversight hearing titled “Modernization of the Endangered Species Act (ESA).” The hearing focused on the need to modernize the ESA in order to improve recovery rates and examined ways to lead to the eventual delisting of recovered species. Former Democrat Wyoming Governor David Freudenthal testified in favor of the need to modernize the ESA.

On April 26, 2017, congressional staff received a briefing from a bipartisan group of state officials titled “State Perspectives: Modernization of the Endangered Species Act.” The briefing highlighted the bipartisan efforts currently underway by the Western Governors’ Association and the Association of Fish & Wildlife Agencies to identify opportunities to modernize the ESA.

On May 10, 2017, the EPW Committee held an oversight hearing titled “Conservation, Consultation, and Capacity: State Views on the Need to Modernize the Endangered Species Act.” The purpose of this hearing was to hear from state officials on their roles and capacities in species conservation. The hearing examined state’s views on the need to strengthen and modernize the ESA, including its effectiveness in incentivizing conservation, facilitating federal-state consultation, and ensuring adequate capacity. The hearing assessed ways to best help the ESA meet its conservation potential.

On July 17, 2018, the EPW Committee held a hearing on Barrasso’s discussion draft legislation, the Endangered Species Act Amendments of 2018. The purpose of that hearing was to hear the views of state officials on the discussion draft bill. Former Republican Wyoming Governor Matt Mead testified in support of Barrasso’s legislation.

On Oct. 10, 2018, the EPW Committee held a hearing on the relationship between the ESA and state management of wildlife, entitled “From Yellowstone’s Grizzly Bear to the Chesapeake’s Delmarva Fox Squirrel — Successful State Conservation, Recovery, and Management of Wildlife.” The hearing examined successful state work to conserve, recover, and manage wildlife, in partnership with federal agencies, landowners and stakeholders.