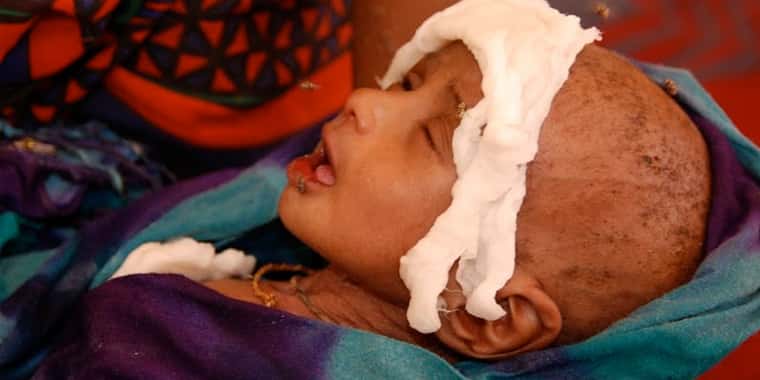 Let’s Use Organic and GMOs to Feed the World

Monsanto's Executive Vice President and Chief Technology Officer says it doesn't have to be one or the other.

As anyone who follows food and agriculture issues knows, much of the public discourse — particularly around genetically modified organisms (GMOs) — is highly polarized. The debates are often as personal and bitter as the extremes that characterize today's partisan politics.

For both personal and professional reasons, I'm among those saddened by the intensity of the conflict. Not only did I grow up on a family farm in Illinois, but 30 years ago I helped develop GMO crops. Yet far more important than my, or anybody's, individual reaction is this: The debate over GMOs has tended to sidetrack progress on the development of a common agenda to solving the global food security problem.

And that's unacceptable, because 1) we don't have time to waste, and 2) it actually isn't difficult to figure out where that common ground lies. In fact, I think Jonathan Foley, the recent director of the Institute on the Environment at the University of Minnesota, essentially nailed it in the May 2014 edition of National Geographic. So, with due credit to Dr. Foley, and with the addition of a few ideas of my own, I want to use this space to stake out some ideas.

Let me start with a little basic background on the global food security problem: The world's population, which has been climbing rapidly for more than a century, is expected to increase by about 2 billion more by 2050, to between 9 and 10 billion — an increase of about 30 percent. But because global prosperity also will increase over the next few decades, many people will have the opportunity to improve their diets, and global food demand actually will increase much more quickly — by 70 percent, according to the UN's Food and Agriculture Organization (FAO), to 100 percent, according to others.

Meanwhile, global climate change will make farming more difficult. And we will need to produce food more sustainably so that agriculture's impact on the environment can be reduced.

If that all sounds like a tall order, it's because it is, and there are plenty of voices warning of doom. “Old Forecast of Famine May Yet Come True” is a headline from The New York Times from just this past April 2.

Yet there are also lots of reasons to be optimistic. For starters, the rate of population growth began to decline in the 1980s, and about the time the population hits 9 billion, it may level off entirely, according to recent projections, like this UN report (see page 1, Executive Summary). If they're accurate, we'll finally stop growing (mostly because of increased prosperity and education, especially for girls and young women). So food demand will essentially stop growing too.

In addition, the last several decades have shown that we can make enormous progress in increasing food production per acre. As others have noted, cropland per capita, which expanded globally from 1700 to 1950, has shrunk ever since (see page 60 of this outstanding article by Paul E. Waggoner, distinguished scientist at the Connecticut Agricultural Experiment Station). Between about 1980 and today, we've had to put only a small amount of incremental land into agricultural production — even though global population has gone from 5 billion to 7 billion.

That means we've come close to freezing agriculture's footprint. And that's very good news, because tearing up forest and grasslands and draining wetlands to expand farmland lead to huge increases in greenhouse gas emissions and habitat loss. Not growing the footprint and driving further resource efficiency of the inputs used on and around it are key agenda items in making agriculture sustainable. They should be goals everyone can embrace as we ratchet up to feeding 9 billion people.

More good news: We already know how to keep the footprint frozen. We've already identified the technologies and policies that can let us raise enough food for 9 billion people on the land we're using now to feed 7 billion. These include:

Precision farming: advances in data science and information technology (IT) that help farmers know where and when to plant and water and fertilize.

Agricultural biologicals: topical or seed treatment products that contain natural materials like plant extracts or beneficial microbes, or are made from them. They complement or replace agricultural chemical products for weed, insect, and disease control.

Some organic farming techniques: cover crops and other practices that conserve water and improve soil quality.

Advanced breeding: new breeding methods that don't involve GMOs but do rely on sophisticated computer analysis and other high-tech techniques.

To what extent we actually will use GMOs is an open question, but many who have studied the issue agree that GMOs can help produce enough food to feed 9 billion people on our existing agricultural footprint (see this recent report to the prime minister of Great Britain by his scientific advisers). And we know that GMOs offer answers to some of the problems raised by global climate change — the need for crops that can use water more efficiently, for example, or that better resist bugs.

But as I said at the outset, we shouldn't let disagreements over that one tool distract or delay us from pursuing the others. All the approaches I've listed above would provide us with what's called “sustainable intensification” — the ability to grow more on the same amount of land, in a way that continues to preserve our environment. We need to move ahead with them immediately.

We also need to stop wasting so much food — as much as one third of global production, according to the UN's Food and Agriculture Organization. In the developed world we waste food in our restaurants, supermarkets and homes — in other words, after food has been marketed. In the undeveloped world we waste before getting to market, because of poor roads and inadequate storage.

Why aren't we on a global quest to conserve food like the one we're on to conserve energy?

Finally, we need more sensible diets; we need meals that are wholesome and balanced. U.S. government dietary guidelines already call for half our plates to be fruits and vegetables, but most surveys show per capita consumption in the United States at about half that level. And according to this 2013 CDC report (see page 8, Table 1), more than a third of American adults eat less than one fruit serving a day, and nearly a quarter eat less than a single serving of vegetables.

They are steps that would enable us to feed 9 billion people sustainably.

And because global population will likely plateau at that level, they are steps that could enable us use any additional gains in sustainable intensification to actually return farmland to forests, grasslands and wetlands. We could actually start to enhance the environment.

Our company, for one, is ready to collaborate with any organization that wants to move this agenda forward. We're already working with many partners around the world, including the United Nations' World Food Program USA and the Clinton Global Initiative. But we're actively seeking more.

After all, 2050 is around the corner. To achieve global food security in the 21st century, we really have to act now.