A fire engulfed the hay barn and another outbuilding at Lewistown Livestock Thursday evening.  Fire Department was on the scene and was able to quickly get the fire under control.  No one was hurt in the fire, people or animals.

According to MTN News (http://bit.ly/1RolWC1) the fire was reported just before 6:00 PM and Lewistown fire crews had the fire handled within the hour.  Two buildings were destroyed: the hay shed and a small animal barn. An investigation is underway to determine the cause of fire, but it doesn’t appear to be suspicious.

Last night Northern Ag Network’s Russell Nemetz talked with owner Lyle Allen via phone. Lyle told Russell “we’re thankful that the main building wasn’t damaged and more importantly no humans or animals were injured.” Several hundred tons of hay were lost in Thursday’s fire in which Allen said jokingly “I guess I’m going to need to find another 400 tons of quality hay to replace what was lost yesterday; if you know of anyone have them give me a call.”

The update below was posted on the Lewistown Livestock Auction Facebook page. 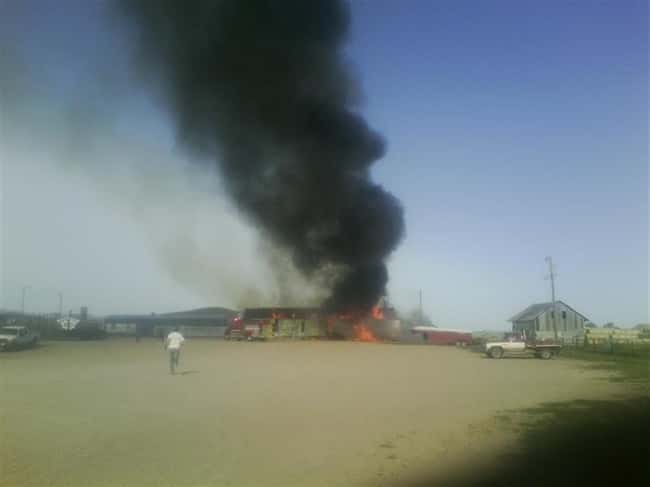 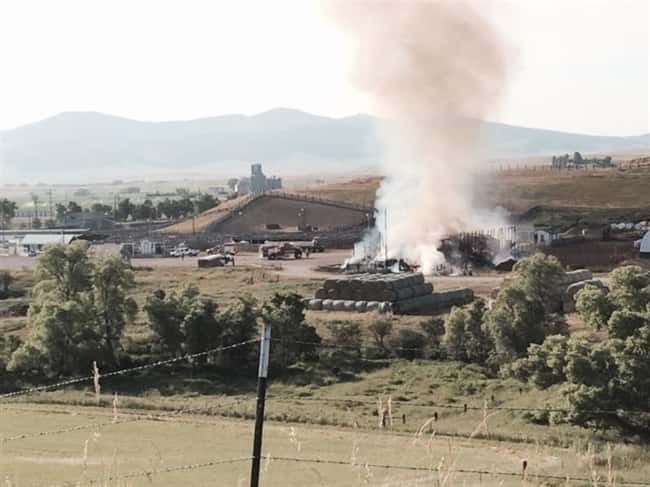 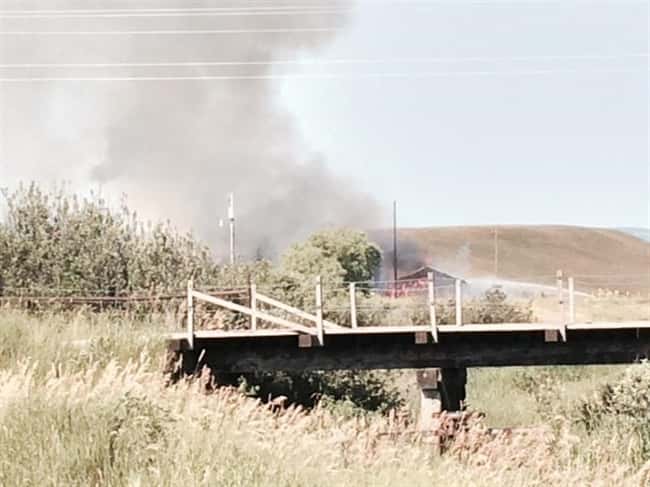 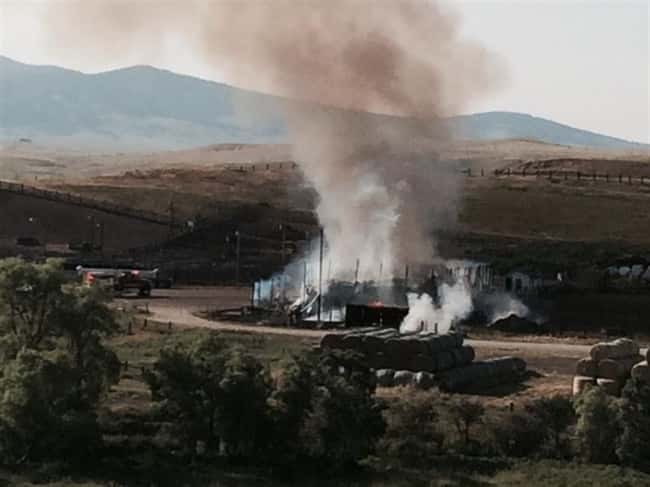 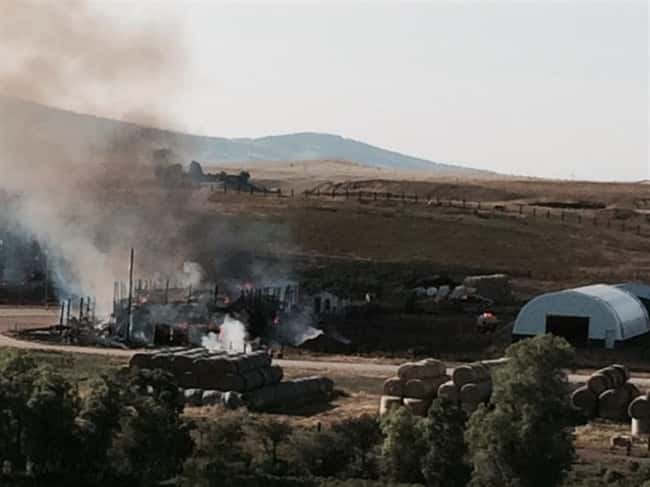