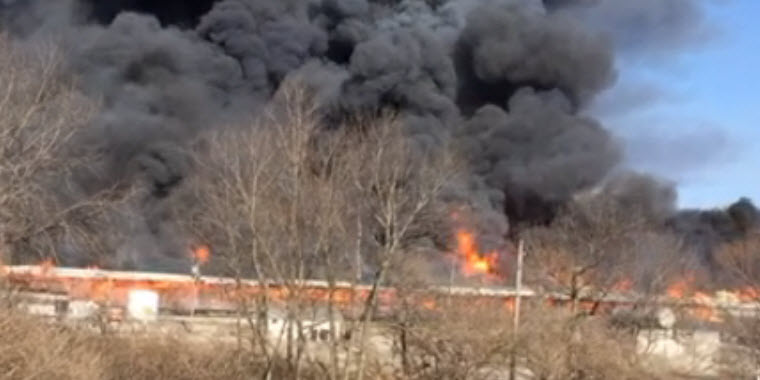 Over 100 Lexington firefighters are fighting a massive fire at the Blue Grass Stockyards in Lexington, Kentucky that started just after 2 p.m. Saturday afternoon.

Lexington fire officials report flames reaching anywhere from 40-70 feet in the air and emergency crews are advising the public to avoid the area if possible.

According to a report in the Lexington Herald Leader (http://bit.ly/1nF9p0i) the stockyards chief operating officer, Jim Akers,  said the seven-acre main building is a complete loss.  Several other stockyards building sustained some damage but firefighters saved them from burning.

Twenty cattle that were inside the main building died in the blaze, but no people were hurt.

The Lexington Fire Department has also posted several Periscope videos from fire to their Twitter account allowing followers an inside look into the burning structure from a safe distance.

The Largest Gathering of Conservation District Supervisors to Set 2016 Policy