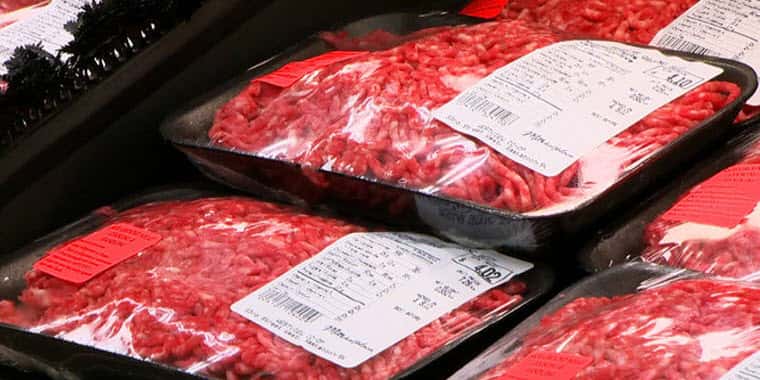 Major disruptions in the cattle and hog markets, one of the several fallouts of the COVID-19 pandemic, have led to many conversations about policy options that might be helpful. One much-discussed solution is mandatory country of origin labeling.

Before diving into the background on MCOOL it is helpful to understand the interconnectedness of the live cattle and live hog markets in the United States, Canada and Mexico. Over more than two decades, the cattle and hog industries in Canada, the U.S. and Mexico have evolved based on a consistent and favorable market arrangement. Nearly 100% of U.S. live cattle imports come from Canada and Mexico and nearly 100% all live hog imports come from Canada. To learn more about how these marketing channels developed, check out these American Farm Bureau Market Intel articles on beef and pork trade.

MCOOL provisions were enacted in the 2002 farm bill to take effect on Sept. 30, 2004. After several delays, the final implementation rule took effect on March 16, 2009. The MCOOL rule required most retail food stores to inform consumers about the country of origin of fresh fruits and vegetables, fish, shellfish, peanuts, pecans, macadamia nuts, ginseng, and ground and muscle cuts of beef, pork, lamb, chicken and goat.

The WTO DS panel in November 2011 concluded that some features of U.S. MCOOL discriminated against foreign livestock and were not consistent with the U.S.’s WTO obligations. The U.S., Canada and Mexico all appealed the panel’s finding, but ultimately the United States was left with a compliance deadline of May 23, 2013. In order to meet the deadline, USDA issued a revised MCOOL rule requiring that labels show where each production step (born, raised, slaughtered) occurred and prohibited the commingling of muscle-cut meat from different origins.

The Meat of the Problem

The MCOOL law prohibited USDA from using a mandatory animal identification system, but the original 2002 version stated that the Agriculture secretary “may require that any person that prepares, stores, handles, or distributes a covered commodity for retail sale maintain a verifiable recordkeeping audit trail that will permit the secretary to verify compliance.” Verification immediately became one of the most contentious issues, particularly for livestock producers, in part because of the potential complications and costs of tracking animals and their products from birth through retail sale.

The meat labeling requirements in MCOOL proved to be among the most complex and controversial of rulemakings, in large part because of the steps that U.S. feeding operations and packing plants had to adopt to segregate, hold and slaughter foreign-origin livestock.

The WTO panel found that MCOOL’s legitimacy was undermined because a large amount of beef and pork was exempt, putting imported livestock at a competitive disadvantage to domestic livestock for no reason. The panel noted between 57.7% and 66.7% of beef and 83.5% and 84.1% of pork did not provide origin information to consumers.

MCOOL had a number of statutory and regulatory exemptions that resulted in a significant share of beef and pork that did not convey origin information to consumers. Chiefly, MCOOL:

The 2014 farm bill required USDA to quantify the market impacts of MCOOL. The department assigned the research to a team of agricultural economists from Kansas State University and the University of Missouri. The report, released in 2015, found no evidence of meat demand increases for MCOOL-covered products, but found considerable evidence of increased compliance costs. Ultimately, the report found that MCOOL cost the meat industry and consumers billions. 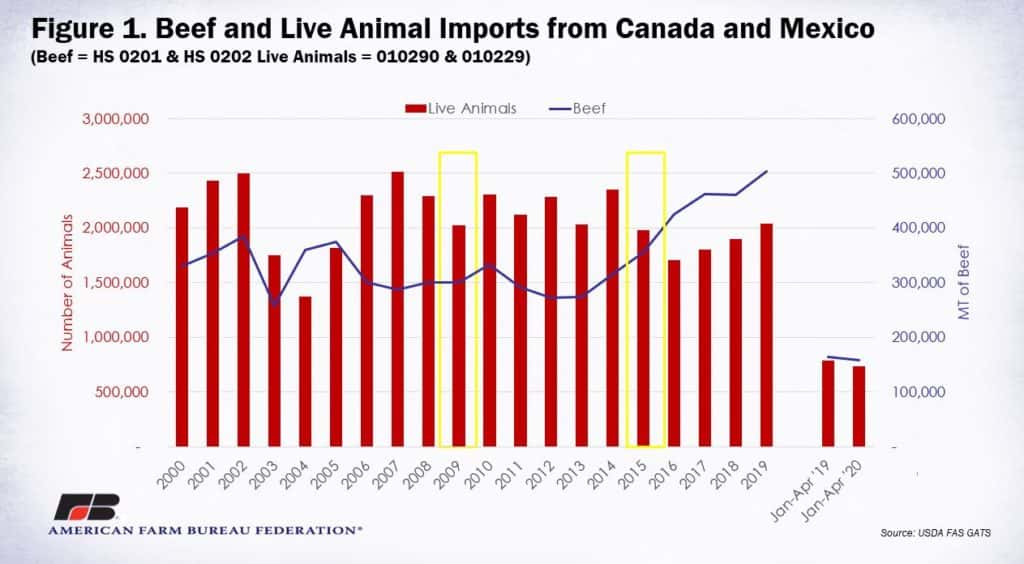 MCOOL Beyond Beef and Pork

While repealed for muscle cuts of beef and pork and ground beef and pork in 2016, MCOOL remains in place for fresh fruits and vegetables, fish, shellfish, peanuts, pecans, macadamia nuts, ginseng, and ground and muscle cuts of lamb, chicken and goat. Despite the hope that MCOOL would make consumers more likely to purchase U.S.-produced goods, trade data suggests that consumer demand for imported goods remains high. For example, imports of fresh fruits and vegetables were 56% higher in 2019 than 2009, despite a strong U.S. industry and increasing “buy local” trends. 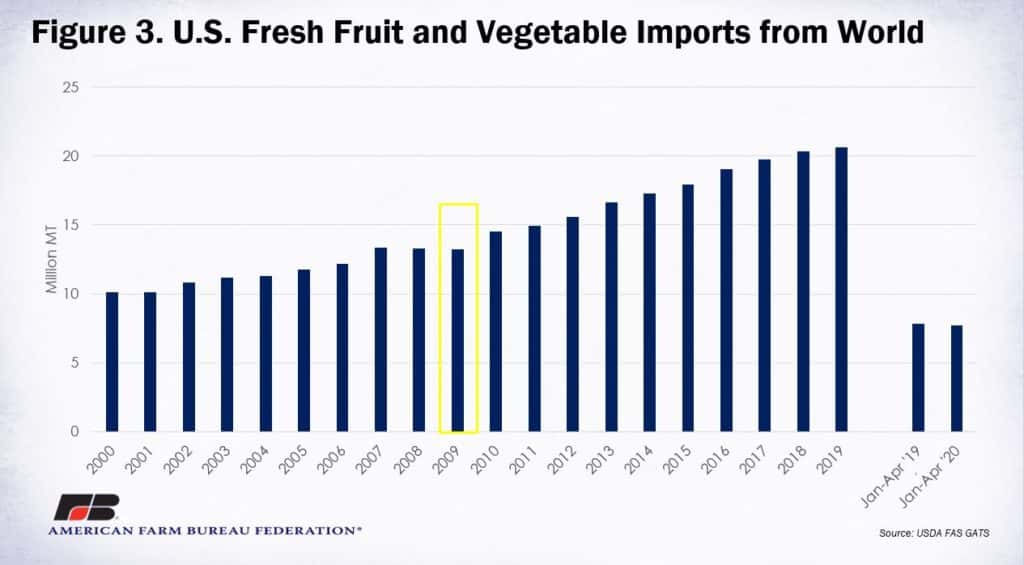 This has been an incredibly challenging year for producers around the country. As of June 8, USDA’s Farm Service Agency had received over 169,000 applications for the Coronavirus Food Assistance Program in the 13 days since the application period opened on May 26. Representing more than 54% of the total applications, nearly 92,000 are from livestock producers (livestock includes cattle, hogs and sheep (lambs and yearlings only)). This is a strong indication of the dire pain felt across the livestock sector. As we look for ways to ease that pain, it is not surprising we discuss a wide variety of policy tools, including those, like MCOOL, that have been tried before.