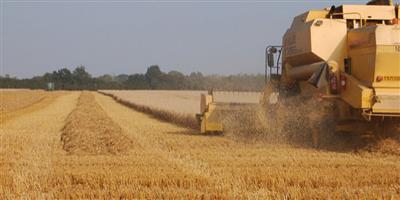 One of the few agricultural provisions in the recently passed “American Rescue Plan” has caused a long of controversy among lawmakers and farmers. The provision, that accounts for just $4 billion in spending out of the $1.9 trillion aid package, is drawing criticism because is sets aside assistance solely for minority farmers.

The provision would waive up to 120% of farm loan debt for USDA direct or guaranteed loans for minority of socially disadvantaged farmers. Socially disadvantaged is defined as African Americans, American Indians, Hispanics, Asians, or Pacific Islanders. The extra 20% is provided to offset any tax liability that would come from having the debts paid off.

The bill was passed by the Senate on a party line vote on Saturday, but the Senate made changes to the bill that force the House to again vote on it.

The aid for socially disadvantaged farmers was written to address failures of the Black farmers’ case known as Pigford v. Glickman. While the second Pigford case was settled a decade ago, Black farm organizations cite there are still more than 17,000 legacy Black farmers being hit with garnished Social Security and tax refunds from delinquent USDA farm loans, some going back 30 years. Little of the Pigford settlement went to paying off those old loans. The aid provisions for minority farmers were led by freshman Sen. Raphael Warnock, D-GA.

Several Republican senators have criticized the provision. Sen. Patrick Toomey, R-PA offered an amendment on the Senate floor to have it removed. The amendment lost on a 50-49 vote before the full bill was passed.

Sen. Lindsey Graham, R-S.C., in an interview Sunday on Fox News, said the farm-loan relief was one provision that bothered him about legislation. “In this bill, if you’re a farmer, your loan will be forgiven — up to 120%, not 100%, but 120% of your loan — if you’re socially disadvantaged. If you’re African American, some other minority,” Graham said.

“But if you’re a white person, if you’re a white woman, no forgiveness,” Graham said. “That’s reparations. What has that got to do with COVID? So, if you’re in the farming business right now, this bill forgives 120% of your loan based on your race.”

The language in the bill provides aid for outstanding debt for socially disadvantaged farmers as of Jan. 1, 2021, and covers both direct loan and loan guarantees. The language indicates all loans to those minority farmers would be eligible for forgiveness.

As a female farmer this bill is so biased towards my situation. I am a pork producer and COVID has affected my entire farm. Because I am white I cannot be approved , this bill needs to be revised. If they excluded me for being socially disadvantaged, the loan should not have been approved for that very reason.