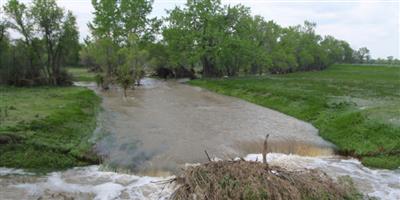 Majority of this Year’s Snowmelt in Montana’s River Basins, Ahead of Schedule

BOZEMAN, MT – Water users across the state of Montana have seen streams swell with snowmelt over the last month, and a substantial portion of this year’s snowpack has melted as of June 1, according to data from the USDA’s Natural Resources Conservation Service. Snowpack in the state peaked in early April in most locations and has experienced substantial melt over the last two months. May weather patterns were more favorable with regards to slowing snow melt rates and prolonging the snow water further into the summer, but earlier than average melt has resulted in below normal snowpack levels for June 1.

According to NRCS, at this time of year 25 to 50 percent of the annual snowpack typically remains to enter the river systems, but this year only 10 to 40 percent of the annual snowpack peak remains on June 1. The early melt has resulted in reservoir storage across the state that is near or above average in all basins, as reservoir managers have been able to capture the snow water runoff in reservoirs. “For irrigators and water users that rely on river systems with reservoir storage this is good news, said Lucas Zukiewicz, NRCS water supply specialist. “However, for water users that rely on naturally flowing streams the early melt has left less water available as we enter summer and stream flows could decline earlier than average due to the lack of available snow water in the ‘mountain reservoir.’ On these streams summer precipitation will play a critical role in streamflows later this summer.”

May brought abundant precipitation to the northern river basins and plains in eastern Montana, while southern basins received slightly below to below average precipitation during the month of May. Defying El Nino expectations, precipitation this water year (beginning October 1) is still near average in all basins, with the exception being the Sun-Teton-Marias basin where water year precipitation remains below average after a relatively wet May. June is typically one of the last “wet” months before the typical summer weather patterns begin. Summer precipitation is generally less widespread than winter and spring storms and more convective in nature, isolated thunderstorms rather than large storm fronts. “Long term climate forecasts indicate a possible La Nina on the horizon for next year, so there may be a chance we can continue this trend and end up with some always welcome summer moisture,” said Zukiewicz.

So far this spring streamflows have been above average but began to fall below average levels at the end of May in most basins. As the remaining snowpack melts in the coming month, streams will run out of snow water and begin their decline into summer. In the Sun-Teton-Marias River basin snowpack was low earlier this spring before melt, and the decline in streamflows has already progressed. Streamflows for this date are near to record low at some Sun River stream gages. Forecasts for the June-July time period have dropped in most basins due to the early snowmelt, and vary widely across the state. Specific basin information and individual point forecasts can be found in the June 1, 2016, Water Supply Outlook Report.