Scientists at the University of California, Davis, have successfully produced a bull calf, named Cosmo, who was genome-edited as an embryo so that he’ll produce more male offspring. The research was presented in a poster  at the American Society of Animal Science meeting.

Using the genome-editing technology CRISPR, researchers can make targeted cuts to the genome or insert useful genes, which is called a gene knock-in.  In this case, scientists successfully inserted or knocked-in the cattle SRY gene, the gene that is responsible for initiating male development, into a bovine embryo. It’s the first demonstration of a targeted gene knock-in for large sequences of DNA via embryo-mediated genome editing in cattle.

“We anticipate Cosmo’s offspring that inherit this SRY gene will grow and look like males, regardless of whether they inherit a Y chromosome,” said Alison Van Eenennaam, animal geneticist with the UC Davis Department of Animal Science.

Van Eenennaam says part of the motivation to produce more male cattle is that male cattle are about 15 percent more efficient at converting feed into weight gain. They are more fuel-efficient than females. Additionally, they tend to be processed at a heavier weight.

It could also be a win for the environment, with fewer cattle needed to produce the same amount of beef. “Ranchers could produce some females as replacements and direct a higher proportion of male cattle for market,” said Joey Owen, a postdoctoral researcher in animal science who is leading the project with Van Eenennaam.

The SRY gene was inserted into bovine chromosome 17, which is a genomic safe harbor site. That ensures the genetic elements function predictably and don’t disrupt the expression or regulation of adjacent genes. Chromosome 17 was chosen after unsuccessful attempts to knock-in the gene on the X chromosome, which would have resulted in a bull that produced only male offspring. Cosmo is expected to produce 75 percent male offspring — the normal 50 percent XY animals, and another 25percent XX animals that inherit the SRY gene.

“It took two and a half years to develop the method to insert a gene into the developing embryo and another two years to successfully establish a pregnancy,” said Owen. But in April of 2020, a healthy 110-pound male calf was born.

“This has been a real labor of love,” said Van Eenennaam.

She said this is just the beginning of the research. Cosmo will reach sexual maturity in a year, and he will be bred to study if inheriting the SRY gene on chromosome 17 is sufficient to trigger the male developmental pathway in XX embryos, and result in offspring that will grow and look like males. As the Food and Drug Administration regulates gene-editing of animals as if they were drugs, Cosmo and his offspring will not enter the food supply. 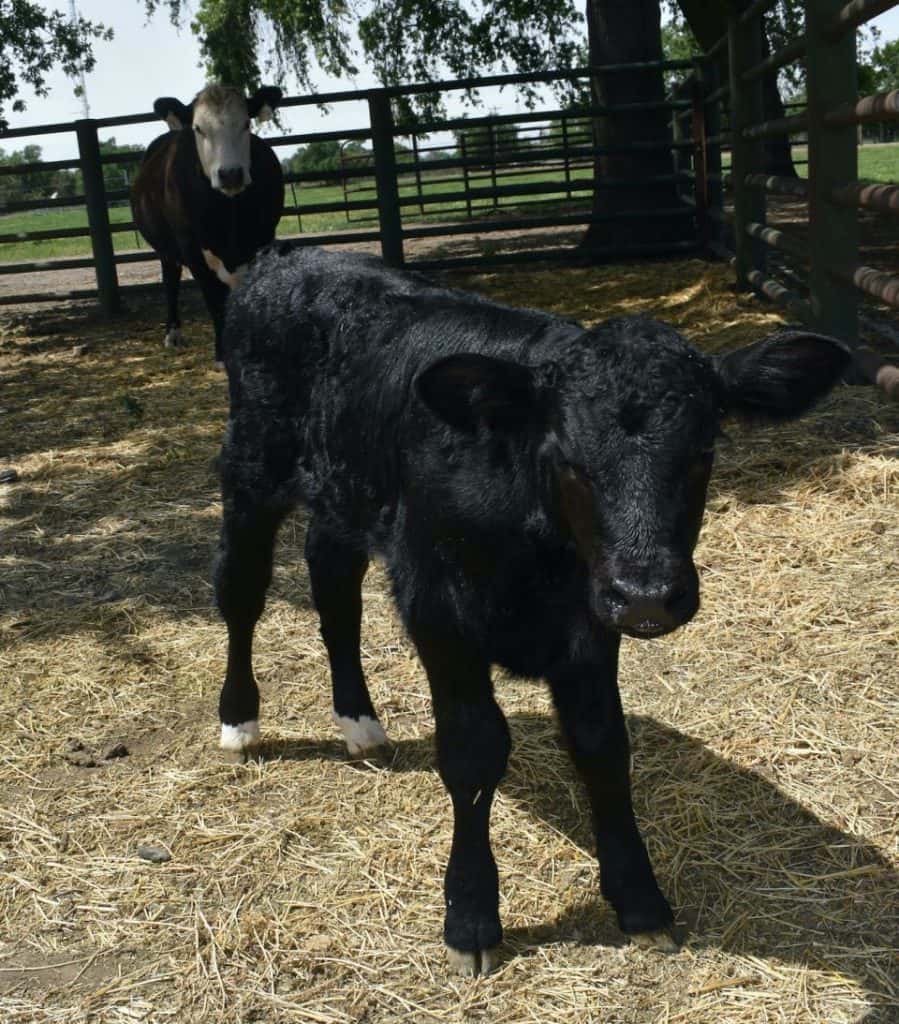 Cosmo, a 110-pound bull calf was born in April of 2020 at UC Davis. Scientists successfully genome-edited him as an embryo to produce more male offspring. (Alison Van Eenennaam/UC Davis)

Other researchers on the team include James Murray, Pablo Ross, Sadie Hennig and Jason Lin with the UC Davis Department of Animal Science, and Bret McNabb and Tamer Mansour of the UC Davis School of Veterinary Medicine.

This project was supported by Biotechnology Risk Assessment Grant Program from the U.S. Department of Agriculture, the California Agricultural Experiment Station at UC Davis and the USDA NIFA National Needs Graduate and Postgraduate Fellowship.

Do NOT Open, Plant or Throw Away Unsolicited Seeds

Playing God with all the unintended consequences with little actual gain.

I don’t want to eat it. can it be exported to china?