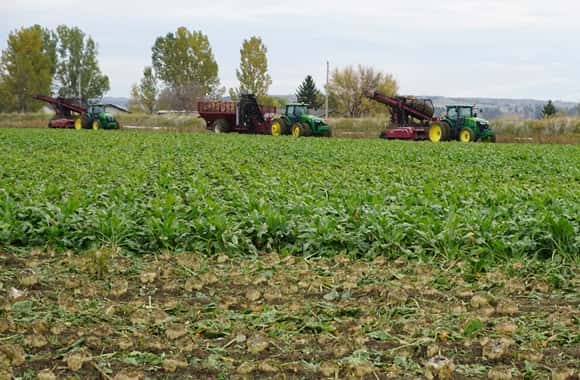 Officials from one of the nation's largest raw sugar producers recently visited 20 Congressional offices to update lawmakers and staff about Mexico dumping heavily subsidized sugar on the U.S. market.

“We felt like too many people were incorrectly viewing this as a market access negotiation,” Sean Brashear, President & CEO of Rio Grande Valley Sugar Growers, Inc., said about current talks to bring Mexico into compliance with U.S. trade law.

“This is not a trade negotiation,” he explained. “This is a law enforcement issue. The U.S. government ruled that Mexico broke U.S. trade law and must be held accountable.”

Brashear joined board Chairman Leonard Simmons, who is also a sugar farmer, to remind lawmakers that ongoing meetings between the Trump administration and Mexico are not discussions of innocence or guilt in sugar trade.

“Mexico was found guilty in a legal proceeding of using unfair trade practices. The trial is over. We are now in the sentencing phase,” Brashear said. “And a lot of people's livelihoods are hanging in the balance.”

The cooperative he heads harvests, hauls, processes, markets and sells raw sugar for 112 farmers in south Texas. It employs 500 workers and makes enough electricity from sugar byproducts at peak efficiency to power the nearby town of Santa Rosa.

Beyond the farmers, the cooperative also does business with 1,800 vendors – making its economic footprint critical to the economy in south Texas.

In 2015, the U.S. government ruled that Mexico had injured sugar producers from Texas and other states, who collectively lost $2 billion in revenues as a result.

Mexico agreed to a settlement, which allowed it to continue trading with the U.S. under conditions that were supposed to prevent unfair trading.

But that agreement failed – costing U.S. producers another $2 billion in losses – and the U.S. Department of Commerce is now negotiating changes to stop further injury. Brashear knows what's at stake if Mexico doesn't come into compliance with the law and stop dumping subsidized sugar on the U.S. market at prices below those in Mexico.

The last sugar mill in Hawaii closed at the end of 2016 after a century of production because Mexico's actions made future profitability uncertain.

“It's very unfortunate and my heart goes out to the families and the people that worked in Hawaii,” he said. “It's been an industry for over 100 years – well over 100 years – and it fueled that local economy.”

Rio Grande Valley Sugar Growers has been in business since 1973.

Like everyone in the sugar business, he'd love to see fair and consistent prices.

“Growers need confidence in the market before they put a cane crop in the ground, and Mexico's bad acts are shattering that confidence,” he said. “Once farmers plant, they'll have to maintain and harvest the crop for up to five years.”

In south Texas, farmers also cooperatively own the mill, which means they have millions of dollars of investments on the line.

“That's what drives us to visit the Hill,” he said. “So that we can make sure that our representatives really know what's going on and how it's affecting the market and all of us in south Texas.”

Brashear doesn't want to see his mill, and community, suffer the same fate as the mill on Maui.

He's hoping for strong action against Mexico to prevent future dumping of subsidized sugar. Like other American farmers and producers, he's ready to compete on a level playing field. For that, he'll need help. So, he keeps coming to Washington.

“All I want to do is my part educating members of Congress and our leaders so they can fight on our behalf,” he said.

Leaders in the Sugar Industry say the fact is that U.S. producers support a free world market and elimination of all global sugar policies, but oppose unilateral disarmament.

There is probably no one who has spelled that out more clearly than in this short video explanation by Luther Markwart, Executive Vice President of the American Sugarbeet Growers Association: