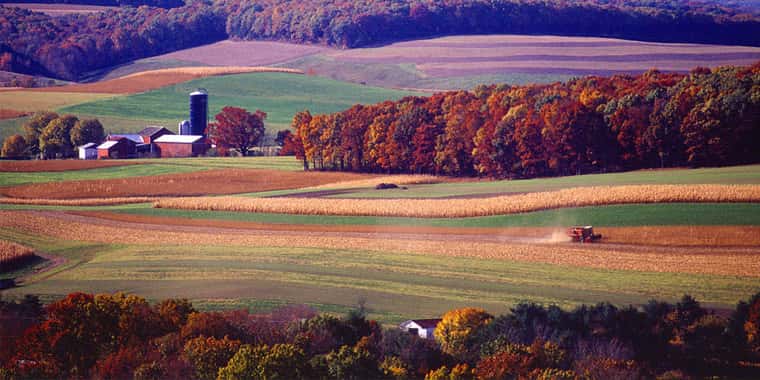 With Tuesday vote, Missouri joins North Dakota in being the only two states with a right to farm written into their constitutions.

(Dow Jones) — Missouri voters appeared to narrowly approve a measure enshrining an unusual right in the state's constitution: the right to farm.

Amendment 1, which was among the most hotly contested issues in Missouri's primary election on Tuesday, passed by roughly 2,500 votes — a margin that is slim enough to qualify for a recount if opponents request it, state officials said.

The initiative, backed by a coalition of agricultural-industry groups seeking to protect growers from laws like those passed recently in other states that require changes to farming practices, would guarantee Missourians the right to “engage in agricultural production and ranching practices.” Supporters, including the Missouri Farm Bureau, said they were concerned about a 2010 California law mandating roomier cages for egg-laying hens, as well as a recent ban on genetically modified crops in two counties in Oregon.

If upheld, Missouri's measure would be the second of its kind. North Dakota voters passed a right-to-farm amendment in 2012, and similar proposals have been considered in state legislatures in Indiana and Oklahoma.

The broad wording of Missouri's ballot initiative means its practical effect on state and local laws is unclear, according to David Saxowsky, associate professor of agricultural law at North Dakota State University. “It's ambiguous,” he said, and ultimately the courts will have to interpret it.

Supporters said they hoped the amendment would provide a bulwark against legislation that could interfere with the livelihoods of farmers who grow crops and raise livestock.

“We've been worried that things we're doing now on the farm could be outlawed in the next few years,” said Chris Chinn, a fifth-generation hog farmer in northeastern Missouri, who supported the measure. “This gives me a more optimistic outlook for a future.”

The issue for the past year has divided farmers, as well as business and environmental groups in Missouri, one of the largest agricultural states.

Opponents of the amendment, including the Missouri Farmers Union, Sierra Club and the Humane Society of the United States, argued it paves the way for large industrial farms to dodge laws that seek to regulate harmful practices.

“This is a struggle over what kind of agriculture we want in this country,” said Joe Maxwell, a fourth-generation hog farmer and former lieutenant governor who spearheaded a campaign against the amendment. “Do we want big corporations to own everything, with farmers contracted to plant their seeds and do their bidding, or do we want family farmers who can sustain the land and use good, solid animal-husbandry practices?”

The amendment expands on right-to-farm statutes that exist in all 50 states to protect farmers from nuisance lawsuits, said Rusty Rumley, a senior staff attorney for the National Agricultural Law Center at the University of Arkansas. It comes years after the American Legislative Exchange Council, a conservative group that writes model state legislation, drafted a template for lawmakers seeking to enact right-to-farm policies.

Missouri officials said Amendment 1 had 498,751 votes for it and 496,223 against it with all precincts reporting. Once the state certifies the election results, parties will have seven days to request a recount.

Missouri ranks second after Texas in the number of farms, according to the U.S. Agriculture Department. The Show-Me State's farmers market $9 billion worth of agricultural products, including corn, soybeans and livestock, each year.