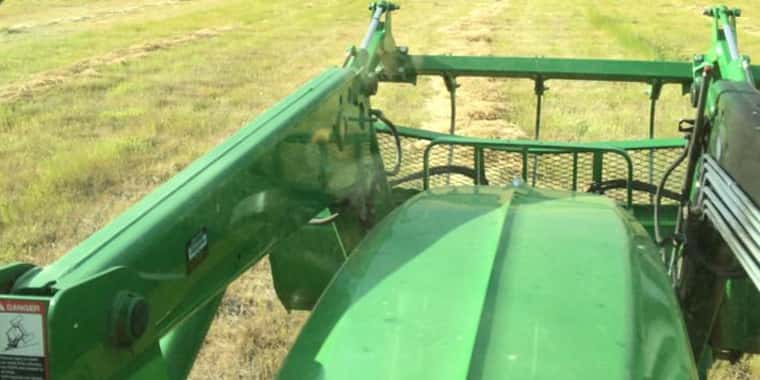 The vote was seen as a victory but is it sending the right message to consumers?

The following editorial from Dan Murphy was publised by Drovers CattleNetwork on August 8, 2014:

The good news is that Missouri’s Right to Farm amendment is now part of the state’s constitution. The bad news is that the message voters received might makes things even worse.

Voters in Missouri faced a seemingly straightforward question in this week’s primary election: Do they support the right to farm?

The answer was a razor-thin approval of Amendment 1, which enshrines that right in the state constitution. However, the debates that were stirred up by the controversial nature of the proposal re-energized anti-GMO activists, handed over yet more ammo to corporate farming haters and widened an already contentious urban-rural divide in a state where agriculture plays a prominent role in the economy.

Certainly, there was no broad-based support for agriculture’s right to do anything among residents of the state’s two biggest cities, St. Louis and Kansas City. Voters in those metro areas soundly rejected the amendment, and post-election analyses pointed to concerns about foreign-owned companies, like the Chinese conglomerate Shaunghui International, plus lingering aversion to a number of farming practices, notably the cultivation of genetically engineered crops.

The coalition spent a reported $600,000 just in the last few months prior to the primary, so one would have to consider that money well-spent. Plus, a defeat for the Humane Society of the United States, the biggest backer of the opposition, is always a good thing.

But I question some of the messaging from the pro-agriculture folks, claiming that this amendment was needed to protect producers and farmers from “overzealous environmentalists, animal rights advocates and foodies who want greater regulation of agriculture,” according to news reports quoting the Missouri Farming Bureau.

I’m not sure that kind of preaching even resonates with the choir.

In other contexts and on other issues (like animal welfare), the livestock industry has effectively framed the discussion by positioning producers as the ultimate environmentalists. After all, if the people raising animals and growing crops don’t take care of the soil, the watersheds or the rangeland, they’re damaging themselves and their businesses.

Yes, way too many self-important environmentalists are indeed wild-eyed eco-nuts whose zealotry utterly precludes accommodating the prudent stewardship associated with most of animal agriculture. But being “overzealous” is a crime of excess, not evil intent, and those passions can be reined in with sensible, collaborative policymaking backed up by good-faith partnerships between industry, government and environmentalists.

(Speaking of which, did you know that the Walton Family Foundation—hardly a group of overzealous environmentalists—has donated more than $71 million to environmental groups such as the Marine Stewardship Council, the National Audubon Society and the Nature Conservancy? And that the goal of that funding, according to a foundation news release, was to “facilitate the formation of a coalition of environmental advocates, small business owners, and local governments” to advance watershed restoration and resource protection, among other initiatives?)

Here’s the problem with hardcore messaging: When the typical urban resident hears the phrase “protection from overzealous environmentalists,” their reaction is generally somewhere between “Maybe they have a point” and “Darn right we need to be zealous about the environment.”

I defy anyone to find more than a handful of city dwellers who would say, “Right on—a farmer or rancher should be able to do anything they want. It’s their land, isn’t it?”

I’m exaggerating, but the preceding sentence is pretty much what a number of industry spokespeople have suggested and what many more producers and famers actually believe.

I get it. I understand those sentiments.

But in an election or a PR campaign where the goal is to win hearts and minds, in-your-face hostility is the wrong road to travel.

I’d much prefer the approach articulated by a commenter reacting to a pre-election analysis published on the Governing.com website that detailed Amendment 1’s opposing points of view:

“I am a farmer. I will never be first in line to beat the drum for Monsanto. However, for [a previous commenter] to say that GMOs cause cancer is completely off-base and shows the ignorance that is rampant among a staggering number of non-ag people. Monsanto is a necessary evil in this world. By 2050 we will have nine billion people to feed. GMOs will enable us to sustain that amount of life.”

Those sentiments are hardcore, too, but that farmer offered a practical argument that I believe goes down a lot smoother with “non-ag people” than raging against “overzealous environmentalists.”

Because given the impact having on global ecosystems from just the seven billion people alive right now, overzealous environmentalists are a necessary evil in this world, too.

Dan Murphy is a food-industry journalist and commentator.