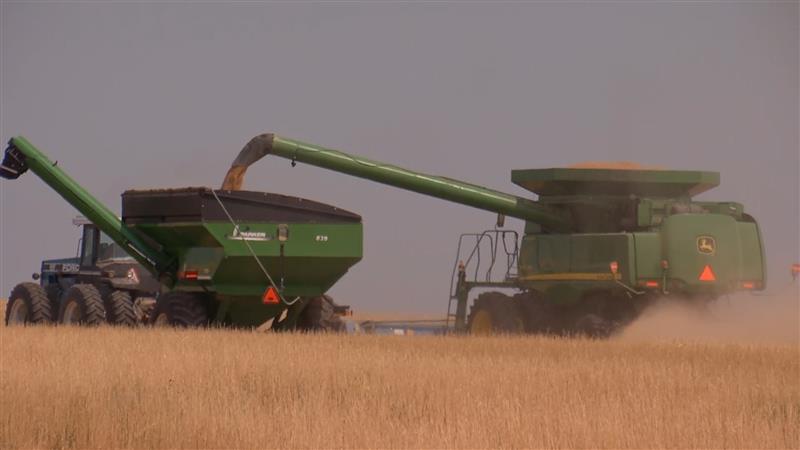 America’s farmers and ranchers are about to get an early Christmas present-a new farm bill.

The House of Representatives followed through with passage of the farm bill Wednesday, sending the Agriculture Improvement Act of 2018 to President Trump for signature. House members voted 369 to 47 in favor of the bill. The action followed Tuesday’s passage in the Senate, 87 to 13.

As members of the Montana Stockgrowers meet in Billings for their annual convention, MSGA president Bryan Mussard from Dillon says the new farm bill includes several important items for ranchers like mandatory funding for a vaccine bank to defend against invasive livestock diseases like foot and mouth disease.

“FMD is a huge and lurking giant out there” said Mussard. “We’ve been working on a vaccine bank with the NCBA and USDA APHIS for about the last four or five years and we finally have a provision in the farm bill that’s going to support that because we do want to be prepared. In other countries if they find it in one little area, they just surround that area and the country can export everywhere else. But in the United States, if we find it one cow everyone shuts us off. So, it’s pretty important for us to be a head of that curve, make sure we’re prepared and able to deliver our product around the world.”

The final compromise includes other key priorities for Montana agriculture including protecting crop insurance, a critical part of the safety net for Montana farmers; it protects the sugar program, which is critical to ensure farmers are able to compete on a level playing field; secures funding for land grant universities, including Montana State University; and secures funding for important conservation programs such as EQIP and CSP.

For farmers like Michelle Erickson-Jones of Broadview, the new farm bill is their operation’s roadmap for the new year ahead.

“It not only matters for how you do your budget, but also for the ARC and PLC payments within Title I and crop insurance” said Jones. “It also matters for your conservation plans. If you had a plan to put in a pipeline or redo a well or your conservation stewardship program, all of those matter for bankers and for our ability to plan our budgets for 2019.”

As for the nutrition title, which accounts for approximately 80 percent of the farm bill’s total funding, the final compromise doesn’t contain the tighter work requirements for food stamp recipients but does offer other revisions to the popular food assistance program.

Agriculture Secretary Sonny Perdue, whose department will be charged with implementing the bill once signed, said there were “missed opportunities” in forest management and work requirement for certain SNAP recipients, but adds the bill does provides a strong safety net for farmers and ranchers, “who need the dependability and certainty” from Washington.