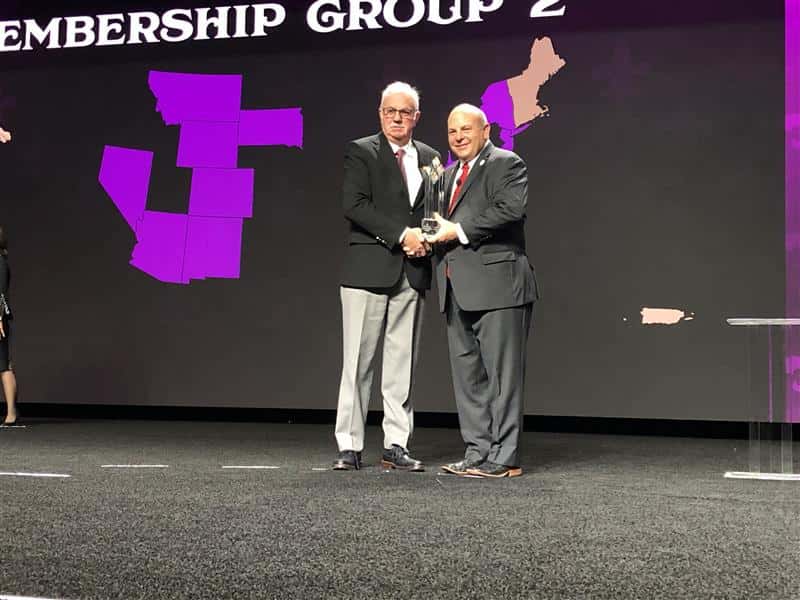 In addition, MFBF received an Apex Award which is achieved when a state has donated 10 percent more to the American Farm Bureau Foundation than during the previous year.  The donation total includes gifts from individual members, Silent Auction purchases and investments from state Farm Bureaus.

“It’s very rewarding that Montana Farm Bureau won the Pinnacle Award along with all of our other awards. Having 45 of our members attending this convention makes receiving these awards today especially noteworthy,” noted MFBF President Hans McPherson. “We have an excellent group of volunteers at our county Farm Bureaus who have helped make our Farm Bureau membership grow and programs continually improve. I thank everyone who puts so much effort into making our state Farm Bureau successful and award-winning.”