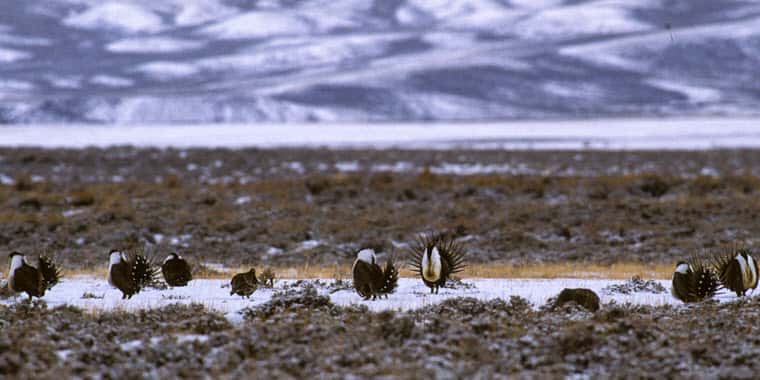 The Montana Farm Bureau has submitted comments to the Bureau of Land Management strongly encouraging the agency to consider the continuous work the state of Montana has done on behalf of sage grouse management.

In its comments, MFBF requested that the Department of Interior and Bureau of Land Management acknowledge the Montana Sage Grouse Habitat Conservation Program in their future management decisions. The Montana Sage Grouse Habitat Conservation Program was created by the Montana Legislature’s passage of the Greater Sage Grouse Stewardship Act in 2015, along with several Executive Orders in the same year. Even earlier, Montana took an interest in conserving the species. In 2005, a working group of federal, state, tribal and private stakeholders produced the Management Plan and Conservation Strategies for Sage Grouse in Montana.

“Montana’s Sage Grouse population is unique in that approximately two-thirds of the sage grouse habitat is on non-federal lands, according to a 2015 report from the BLM and USFS to the Montana Environmental Quality Council,” noted MFBF President Cyndi Johnson. “The state of Montana saw fit to enact our own ‘all lands, all hands’ approach to managing the bird and this plan has been very successful.”

“Any changes made to the BLM’s management of sage grouse habitat must not interfere with the program already established in Montana,” Johnson said, noting that BLM should actively engage with Montana’s state agencies, giving them full cooperating agency status.

MFBF urged the BLM to resist any efforts to reduce grazing AUMs on BLM lands as a ‘solution’ to sage grouse habitat.

“Studies have shown that livestock grazing does not harm habitat and are even neutral on the types of grazing systems,” Johnson noted. “If the BLM is looking at factors to consider in preserving habitat, MFBF encourages adherence to Montana’s existing program and recognition of other existing federal programs with proven success at improving sagebrush habitat.”