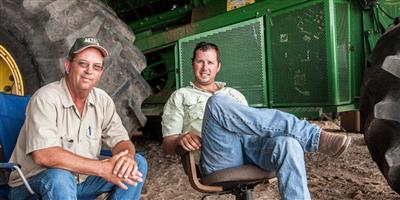 April 3, 2015
USDA Prospective Plantings Reports summaries from across our region:

The U.S. Department of Agriculture says Montana farmers seeded 100,000 fewer acres of winter wheat and plan to seed about 250,000 fewer acres of spring wheat while increasing durum acres by 145,000. The Billings Gazette reports wheat plantings are expected to decline by a total of 205,000 acres. However, the 5.78 million acres of wheat to be planted is still more than the 5.4 million acres planted in 2013.

That scenario is expected to play out nationwide, as the profit potential for corn remains low due to slumping prices. More farmers are favoring soybeans because they cost less to grow and market prices haven't fallen as quickly as for corn.

Soybean acres are expected to drop 2 percent from last year's record, and corn acres are projected to be down 4 percent over the year.

The state's dry edible bean and hay crops also are expected to drop in size. But North Dakota farmers are expected to plant more sunflowers, barley, dry peas, lentils, flaxseed and oats. Canola acres are projected to be unchanged.