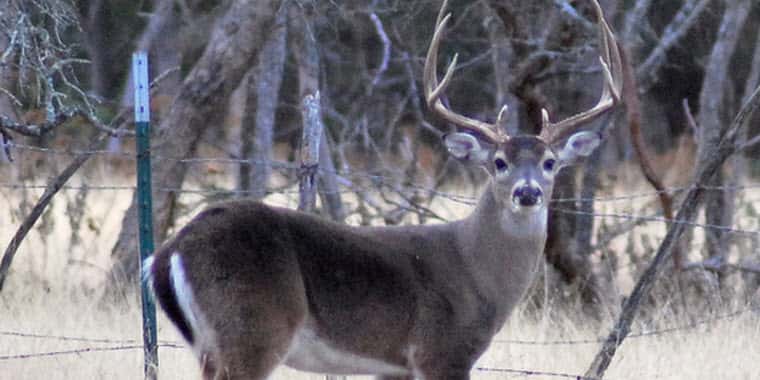 Hunters encouraged to submit samples for wildlife surveillance in the area

GLASGOW – To assist in monitoring bovine tuberculosis, Montana Fish, Wildlife & Parks is looking to deer hunters in Blaine and Phillips counties for help.

In September, bovine tuberculosis (bTB) was discovered in a herd of cattle in northern Blaine County and then later in Phillips County. Bovine TB is a contagious disease caused by the bacterium Mycobacterium bovis and primarily affects cattle. The disease can be transmitted to nearly any mammal, including humans. The Montana Department of Livestock (DOL) is the lead agency for the investigation into this finding and any epidemiologically linked cattle herds. To date, bTB has not been detected in any additional cattle herds or in wildlife in the area.

However, testing harvested deer within the general area can help determine if the disease is in wildlife and, if so, what the distribution might be. FWP is the lead agency for wildlife surveillance and needs the assistance of deer hunters (see map for surveillance area). Wildlife surveillance will be conducted in portions of both Blaine and Phillips counties, due to the use of pasture ground in Phillips County by the affected cattle herd.

FWP has increased staffing at the Havre Area Office and check station to assist in the collection of tissues for sampling, but samples from deer harvested in the target surveillance area can be collected at any location where CWD samples are being collected. Please have your animal tested for bTB if it’s harvested within the surveillance area during the remainder of this hunting season.

In addition, report any sick looking animal to FWP. If you harvest an animal with evidence of disease, photos can be helpful in identifying the problem. In some cases, tissue samples may be required to diagnose the problem.

Bovine TB causes lesions inside the lymph nodes, lungs, liver, spleen, and skin of affected animals. Livestock rarely show any clinical signs of disease, but the disease can cause significant negative economic impacts on the livestock industry due to quarantine and testing requirements associated with disease investigations.

The disease is primarily spread from animal to animal via respiratory secretions but can also be transmitted by the fecal-oral route or by ingestion of contaminated food. Shared feeding is believed to be the primary transmission pathway between cattle and wildlife, as cattle feed becomes contaminated with infectious saliva, urine, and feces.

There are no documented cases of bTB causing population declines in deer or elk in states where the disease is endemic, but the risk of wildlife serving as a reservoir for further transmission to livestock, other wildlife, or humans remains a concern.

Bovine TB (M. bovis) is not the major cause of human tuberculosis, which is caused by a related bacterium, Mycobacterium tuberculosis, but humans are susceptible to bTB. Humans can be infected by drinking raw milk from infected cattle, inhaling infective droplets from an infected animal, or by contact with infective body fluids via open wounds. Due to a robust meat inspection program and the pasteurization of milk for retail sale, bTB is not a food safety threat. Bovine TB accounts for less than two percent of human tuberculosis cases in the United States.

There has been at least one confirmed case of transmission of bTB to a human from an infected white-tailed deer in the United States. In that case, the hunter was believed to have had an open wound that was exposed to the deer’s bodily fluids during the field dressing process.

Past detection in Montana

Before this most recent detection in livestock, the disease had been detected in some Montana game farms and a few free-ranging wild animals around one of those farms. Bovine TB was detected in at least six game farms in Montana in the early 1990s, including farmed fallow deer detected in Sheridan and Richland counties, and farmed elk in Granite, Park, Bighorn, and Carter counties. Since that time, FWP has tested animals found with lesions similar to those caused by bTB and has opportunistically collected lymph nodes from hunter harvested deer to look for evidence of bTB. The disease has not been detected in wildlife during this sampling effort over the last 20 years.

How can hunters and trappers protect themselves from bTB?

What is FWP doing about bTB?

FWP already performs examinations and testing of animal carcasses that are suspected of being diseased. FWP also collects lymph nodes for routine bTB testing from deer harvested in areas with past bTB detections. FWP is increasing its efforts to look for bTB in deer by collecting tissue samples for both CWD and bTB surveillance in the target area. FWP will be testing other small mammals in the area as well such as coyotes and raccoons.

What can you do to help?

Samples from a large number of animals are needed for a sufficient survey effort in wildlife. Whenever possible, samples will be collected from hunter-harvested animals. Please help with this wildlife surveillance effort by providing lymph nodes from your deer or pronghorn antelope if it’s harvested within the surveillance area (see map) during the rest of this hunting season.

Also, while most game animals are healthy, if you do notice abscessed lymph nodes, abscesses in the lungs or abscesses inside the chest cavity during field dressing, please report those findings to FWP. Animals can be sampled at locations where CWD sampling is already being conducted.