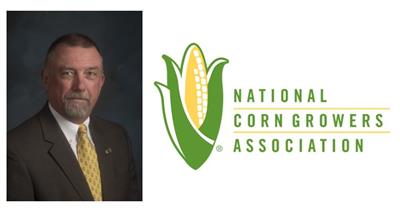 Today, the National Corn Growers Association (NCGA) Corn Board has named Jon Doggett as the organization’s new chief executive officer. Doggett is the fifth CEO in the organization’s 61-year history. The change is effective immediately.

Doggett has served in the capacity of NCGA interim CEO since August 1st and as NCGA executive vice president since late 2014. Prior to that, he served as vice president of public policy, and has continuously managed the organization’s 11-person Washington, DC office and led its public policy efforts since joining NCGA in July of 2002.

“The Corn Board is thrilled to have Jon Doggett at the helm to lead the charge for Corn Growers and guide the organization forward,” said NCGA President Kevin Skunes. “We have a lot of serious issues impacting America’s corn farmers and rural communities right now. As such, Jon’s experience and leadership in the broader American agricultural industry, as well as the epicenter of national and international policy in Washington D.C., are invaluable to our organization. His ‘back to the basics’ and focused approach will be of key importance when it comes to refining our vision, goals, strategies tactics, with the laser-focused goal of bringing profitability back to growing corn on the farm – by creating and increasing profitable demand for corn, as well as promoting and defending our way of life and the tools that enable economical corn farming.”

“None of these are short-term challenges,” notes Skunes. “All of these – increased corn demand as well as cost-effective tools and technologies for corn growing – will take much time. And we can’t really expect anyone to do it for us. Thus, as corn farmers, it is time to once again roll-up our collective sleeves we have in past cycles of long-term commodity prices that are well below the cost of production.”

Raised on his family’s Montana ranch, Doggett has substantial knowledge of production agriculture and agribusiness, as well as more than 30 years of agricultural policy and leadership experience, after moving to Washington in the late 1980s.

Before joining NCGA, Doggett served 11 years at the American Farm Bureau Federation, where he was the Bureau’s lead lobbyist on a number of public policy issues, including ethanol, climate change, land use, conservation, and endangered species.

“I look forward with excitement and much optimism to working even more closely with and building even stronger relationships with our outstanding state and national farmer leaders and the talented, experienced staff of state corn groups,” Doggett said. “We also have a tremendously enthusiastic and energetic national staff based in St. Louis, MO. and Washington D.C., as well as working from pickups throughout the Corn Belt and beyond.”

“As the premier association in the U.S. for nearly 40,000 corn farmer members and 49 affiliated state growers’ associations and checkoff organizations, we have a lot of work ahead of us,” notes Doggett. “I am ready now to be front and center in the trenches, side-by-side with our state and national staff, farmer leaders, dues-paying members checkoff investors, to listen and ensure we are doing everything we can and are driving the same direction to advance our mission. Corn Growers mission is creating and increasing opportunities for corn growers, through enhancing corn demand and promoting our way of life and tools and technologies of growing corn, all in our noble quest and vision to sustainably feed and fuel a growing world.”

Jon attended the University of Montana majoring in journalism and finance. He is a certified Sea Kayak Instructor. Jon and his wife, Nancy, have two adult children and two precious grandchildren.