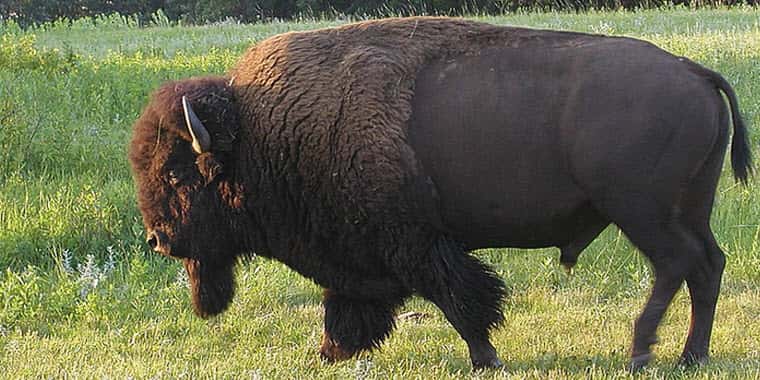 portion of an article by by Brett French

Entering its 12th year, the nonprofit American Prairie Reserve has so far purchased 305,000 acres toward its predicted goal of 2.4 million acres by 2036. That objective includes the hope that the nearby 1.1 million-acre Charles M. Russell and UL Bend national wildlife refuges would also one day allow the bison to roam its property and to turn the reserve’s bison over to the state of Montana to manage as wildlife — provided the state ever adopts a bison management plan.

By then, the hope is to have grown the bison herd to 10,000 — the largest conservation herd in North America — to simulate the free-roaming ancestral herds that once dotted the area before market hunters nearly exterminated the animals in the 1800s. In the near term, APR hopes to grow its herd to 1,000 animals by 2018.

That’s a big jump from the initial herd of only 16 animals imported from Wind Cave National Park in South Dakota that the reserve transplanted to the plains in 2005. But the herd has grown fairly quickly thanks to other transplants from Wind Cave and Elk Island National Park in Alberta, Canada. The Elk Island herd has genetics from Montana bison. In the early 1900s, bison from the Pablo herd in the Mission Valley were rounded up and shipped to Alberta. So the ancestors of those Montana bison have, in essence, returned home.

Coming in to this spring’s calving season, American Prairie Reserve’s bison herd stood at 440 animals, but depending on the success rate of pregnant bison cows, that could increase to about 600 bison in a couple of weeks. Already the reserve has the third largest conservation herd of bison in the nation, not far behind Badlands National Park’s herd of 650, but still far from Yellowstone National Park’s 4,600 bison.

The Pharoah and the Pony