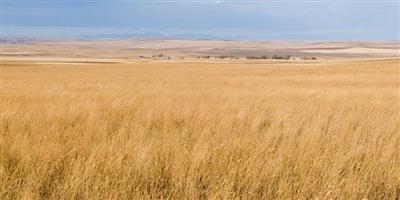 USDA reported landowners have agreed to enroll more than 2 million acres in the Conservation Reserve Program (CRP) through the General signup period, with the department expecting more acres to come through the Grasslands and Continuous enrollment periods, which remain open.

Right now, USDA expects about 3.4 million acres (ma) will leave CRP at the end of September.

Most of the acres enrolling this year — more than 1.6 million acres — involve land already under an existing CRP contract. USDA stated fewer than 400,000 acres being offered a contract this year involve new acreage enrolling in the program.

Farm Service Agency (FSA) Administrator Zach Ducheneaux said he hopes CRP acres will grow to 27 million acres by 2023, the maximum allowed by Congress under the 2018 farm bill, even though the current statistics on that program make that goal look difficult.

High crop prices caused by the war in Ukraine, lower supplies and strong demand are incentivizing producers to put more land into production rather than into the CRP.

Since the war in Ukraine began in late February, some farm groups have called on USDA to offer “flexibility” for landowners to potentially crop the land to make up for lost global crop production. CRP acres are often used as “reserves” for emergency haying and grazing acres, especially during periods of drought.

In announcing the acreage total, Agriculture Secretary Tom Vilsack noted conservation programs are voluntary and “producers are making market-based decisions as the program was designed to allow and encourages.” The secretary added, “We recognize the Conservation Reserve Program is an important tool in helping mitigate climate change and conserve natural resources, and this announcement is just the first opportunity for producers to take advantage of the program.”

For landowners who are taking their land out of the program at the end of September, Vilsack added, “For farmers who have decided to return all or a portion of their land into production agriculture, USDA will also be reaching out to ensure they understand and can take advantage of options to either prepare the land for production or transition it to beginning farmers.”

USDA bumped up incentives last year to increase rental rates, reward climate-smart practices to increase carbon sequestration and reduce emissions. The incentives can bump up the rent 3%-10% depending on the practices enrolled.

As of February, slightly more than 22 million acres were enrolled in CRP with an average national rental rate of $80.62 an acre, though the General signup averages $55.71 per acre.

Texas, Colorado, North Dakota, Kansas, Missouri and Washington state are listed as having the most acres with expiring contracts in September.