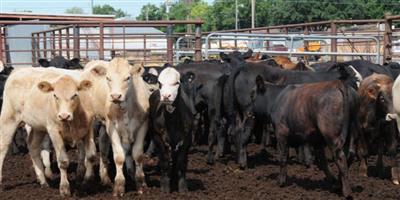 According to production-cost data provided by the U.S. Department of Agriculture (USDA), the average cost of producing a calf in the Northern Great Plains was $1,410 per bred cow in 2015, which covers the total economic cost incurred by the region's cattle ranchers. When only annual operating costs are considered, the 2015 cost of production was $756 per bred cow.

USDA market news reports that a 550 pound calf sold last year at this time in South Dakota brought an average of about $2.16 per pound, or about $1,188 per head. At that price, area ranchers on average recovered all of their annual operating expenses and all but about $222 of their ranch's total economic costs.

However, the unprecedented market collapse that began in early 2015 has now driven the price of that 550 pound calf to about $1.26 per pound, or about $693 per head.

“Given the significant contribution the cattle industry makes to our state's economy, the market failure we are experiencing will seriously weaken not only our rural communities, but South Dakota's overall economic strength as well,” said Bill Kluck, President of the South Dakota Stockgrowers Association (SDSGA).

Bullard said that he, along with area cattle feeder and R-CALF USA co-founder Herman Schumacher and owner of Livestock-R-Us and Huron Continental Marketing Kim Ulmer will address the various forces that are contributing to today's cattle-price collapse, including recent changes to the cattle future market. In addition, the meetings will suggest an action plan for area ranchers to follow to fix the industry's broken market.

Schumacher, the SDSGA and the Independent Beef Association of North Dakota (I-BAND) are helping to organize the meetings that are open to the public. Below is the time and location for each of the meetings currently scheduled.

R-CALF USA (Ranchers-Cattlemen Action Legal Fund, United Stockgrowers of America) is the largest producer-only cattle trade association in the United States. It is a national, nonprofit organization dedicated to ensuring the continued profitability and viability of the U.S. cattle industry. For more information, visit www.r-calfusa.com or, call 406-252-2516