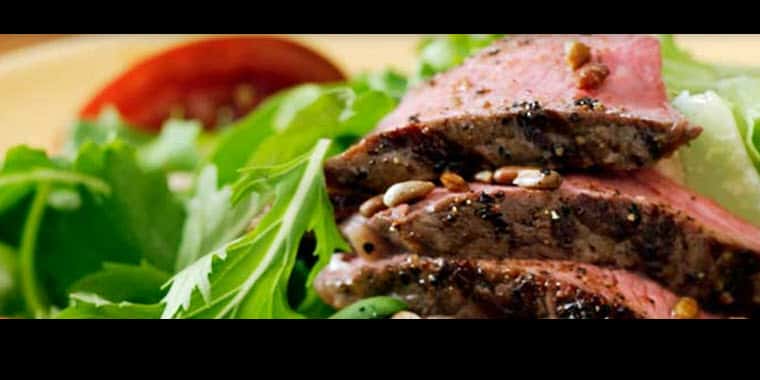 According to the Centers for Disease Control and Prevention (CDC), someone has a heart attack every 43 seconds here in the United States.  Annually, 610,000 Americans die from heart disease.  That makes it the cause, according to the CDC, of one in every four deaths.

These are startling statistics, but what can you do?  If you smoke, quit.  Move more.  Eat better.  Each individual piece of that strategy can make a difference.

When it comes to moving more, a running craze has hit the nation.  It’s grabbed hold of Becky Nelson.  Not only does she run marathons; she wins them.  Proudly sporting her “Team Beef” jersey, Nelson has won half marathons in Bozeman and Arizona.  She’s run the Boston Marathon twice and recently qualified for the New York marathon.

In a recent interview with Haylie Shipp, Nelson explained that she draws inspiration from the people she runs with.  Her second time running Boston, she received vocal praise from someone running next to her at mile twenty.  She looked the gentlemen’s direction and echoed the “good job” encouragement back only to notice that he was linked arm-in-arm with another individual.  He was completely blind.  “All types of people are out here running together in comradery and that’s what makes it fun,” stated Nelson.

As for the Team Beef jersey that Nelson sports during her marathons, she says it opens a door for dialogue with consumers.  People stop her and ask how beef helps her run and why she runs for Team Beef.  That’s when she gets to explain how the key nutrients and protein in beef fuel her for the competition.

Quite fittingly, that’s also a conversation that can be had for beef consumption and its benefits in warding off heart disease.  According to the Beef Board, a research study published in June of 2014 shows that a heart-healthy diet that includes lean beef can reduce risk factors for heart disease.  CLICK HERE for more.