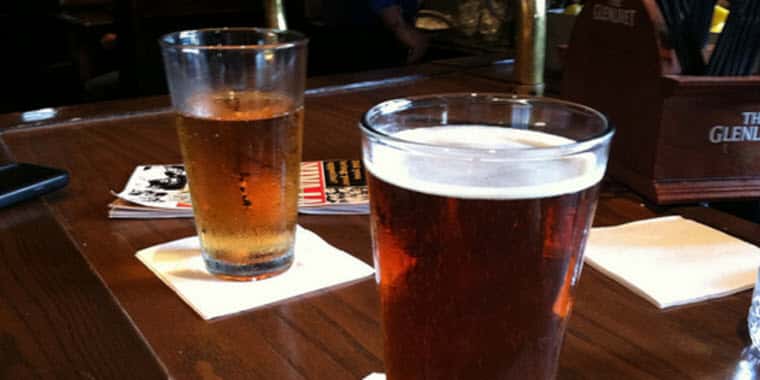 Hezel is a member of the American Marketing Association student organziation at MSU. Last year, another student member, Krista Lauring, conducted research and went on to win first place at a prestigious research competition. She also presented her findings at a large academic research conference.

Hezel said she dreamed one night that she followed in Lauring’s steps by conducting her own research and successfully presenting it at conferences. Hezel, a senior working toward a degree in marketing from the Jake Jabs College of Business and Entrepreneurship and a second degree in economics from the Department of Agricultural Economics and Economics in the College of Agriculture and College of Letters and Science, decided to give it a shot.

Under the guidance of Eric Van Steenburg, assistant professor of marketing at MSU, Hezel is conducting research about craft beer drinkers’ brand loyalty, a research idea Van Steenburg shared with her. The research will test the hypothesis that people who drink craft beer are not loyal to a certain beer brand. If they find that to be true, the researchers would like to better understand why and learn how marketers can still successfully market craft beer. The research is supported by funding from MSU’s Undergraduate Scholars Program.

The results could have implications for craft breweries, including an estimated 92 breweries across Montana.

“Brand loyalty is super important, because it is much simpler to keep your current customers than to try to get new customers,” said Hezel, who graduated from high school in Great Falls. “When you have loyal customers, your company will thrive.”

Hezel began her research by going with Van Steenburg and Graham Austin, an associate professor of marketing who is also working on the project, to two Bozeman-area businesses that serve craft beer. The three interviewed a total of 30 respondents.

The researchers used the respondents’ answers to create a survey that they then shared on social media via a technique called snowball sampling, in which research participants recruit other participants for a test or study. They used the responses they received from the survey to create a second survey, partnering with a company called Qualtrics to administer it nationally.

Once the survey has closed, Hezel will analyze the data and search for trends. She has applied to present the findings at the National Conference on Undergraduate Research, which will be held at MSU in March. She hopes to present the findings at the American Marketing Association’s International Collegiate Conference, which will be held in New Orleans in March, and she has submitted proposals to present at several other national conferences for undergraduates. She and Van Steenburg also hope to publish the results in an academic journal.

The results could impact a large industry. According to the nonprofit Brewers Association, craft beer makes up more than a quarter of the $114.2 billion U.S. beer market. It’s also growing quickly: From 2014 to 2017, the industry saw double-digit growth in sales, and it 2018 it experienced a 7% jump in sales. Nationwide, there are more than 7,300 craft breweries.

“The industry is growing so much that there’s a lot of competition, but there’s also a lot of opportunity,” Hezel said. “The results of this research could help craft breweries be more strategic and, ultimately, more successful.”

Van Steenburg said the benefit of the findings to the craft beer industry could be “immense.”

“If we can determine how craft beer drinkers perceive the brand personalities of their favorite beers, those marketing in the craft beer industry can develop marketing strategies along those dimensions to support their brands and foster brand loyalty,” Van Steenburg said.

He added that the strength of the research is that it provides, for the first time, empirical evidence about whether or not craft beer drinkers are brand loyal. More importantly, he said, it provides information on what marketers should do to communicate their beer’s brand to these consumers.

“With the craft beer industry on the rise, this information is crucial for anyone who does marketing related to craft beer,” Van Steenburg said.

Hezel expects her experience conducting research to help her meet her career goals. She plans to graduate in May and hopes to work in a position where she can use both her economics and marketing degrees to understand and analyze consumer behavior. Her dream job, she said, is working in branding – perhaps for a craft brewery. One day, she hopes to have her own marketing consulting firm.