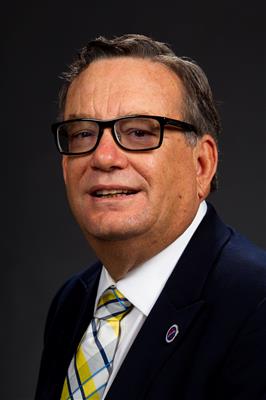 Boyer came to MSU from California State University, Fresno, where he served as the Dean of Jordan College of Agricultural Sciences and Technology. Boyer earned a bachelor’s degree in biology from Eastern Oregon State College and a master’s degree and doctorate in genetics, both from Pennsylvania State University.

It has truly been an honor to serve as the first Vice President of Agriculture at Montana State University.  I have been inspired by the dedication and commitment of our faculty and staff. One of my most satisfying activities in my career has been interacting with students, supporting and celebrating their successes and following their continued growth and accomplishments beyond graduation.

Beyond the university, it has been a real pleasure to partner with leaders and representatives of associations and organizations in the broader agricultural community.   The strength of support from you, the people we serve, affirms the real value of our missions of education, research and engagement.  Your support, counsel and advice is the foundation for our success which builds the reputation of the College and MAES. Your voices remind others in Montana of our contributions in driving the economy and preparing future professionals for the state. I have truly enjoyed sharing our accomplishments with you in so many venues.

I have found it particularly satisfying to be part of a university that is defying many of the current negative trends and challenges facing higher education in the U.S.  While I know the future holds great potential, it will always be driven by the dedication and commitment of the extended family in agriculture.  I look forward to following the continued growth in stature of MSU, the College of Agriculture and the Montana Agricultural Experiment Station as our faculty, staff and students continue to deliver on the legacy of the Land-grant University.

No announcement has yet made on the search for Dr. Boyer’s replacement. We’d like to thank him for his service to the University, the State of Montana, and the agricultural industry as a whole.

US Spring Wheat Planting Progress Catches Up; Montana Still Behind