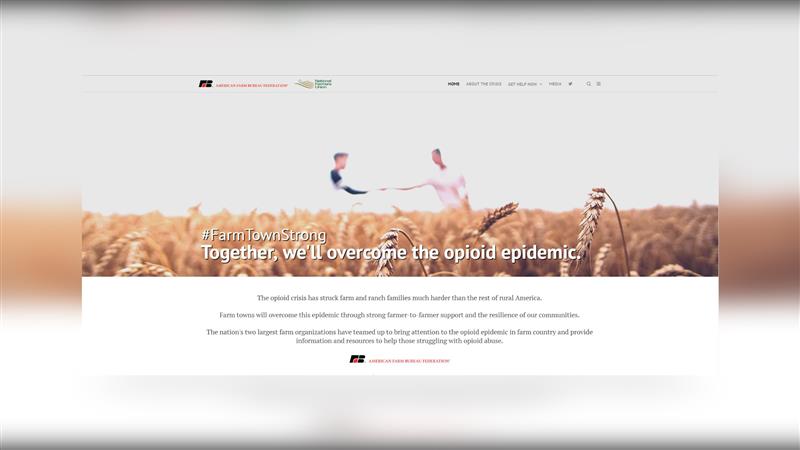 Opioid addiction along with its consequences is a silent but very real crisis and farm country has been hit hard.

“Farmers and ranchers are in an industry where you get a lot of injuries,” John Youngberg, executive vice president of Montana Farm Bureau Federation said. “You get little nicks, scrapes, and sprains and every time you go to the doctor you can get a prescription for something.”

As farming communities face mounting challenges with the nation’s opioid epidemic, the nation’s two largest general farm organizations, Farm Bureau and Farmers Union, are teaming up to confront the issue.

“If you would have told me a year ago that it was a problem, I would have said no. But when you start looking at the numbers and we’ve actually had instances of people we know that have been involved with some problems with opioid addictions,” Youngberg said.

Although the two farm groups don’t always agree on the issues impacting rural America, they agree on this one. It’s going to take people working together to fight the opioid crisis and make a difference.

“We both agree that opioids can spell disaster for a farm family and ranch family so we’re trying our best to educate and communicate the ways we can help if you are addicted to it,” said Alan Merrill, Montana Farmers Union president.

Farm Bureau and Farmers Union have launched a new campaign, Farm Town Strong, to raise awareness of the opioid crisis and to let people know help is available.

“There’s treatment for it and there’s things you can do for these people, but you have to be aware of it in order to do that,” Youngberg said. “So it’s important we make them aware that it’s okay to say, 'I’ve got a problem here. I can’t stop taking these.'”

Reducing the stigma that surrounds addiction is also important for solving the opioid crisis.

According to Dr. Greg Holzman, a state medical officer with the Montana Department of Health and Human Services, it's important to stop thinking that people addicted to opioids are bad people with bad habits.

“Many of them are good individuals with a very difficult addiction,” he said. “Think how addictive someone must be to a medication to steal from their own family, which people will start to do because they need that fix and feel they need to get that. Once you can get them stabilized, luckily, we do have treatments for opioids, people can change their own lives.”

It’s also important to talk about it so those addicted know they’re not fighting this alone.

“I think the most is education and passing the word on about other people who have gone through the opioid addiction process and the devastation that can happen not only to your family but your own life,” Merrill said.

The American Farm Bureau Federation and National Farmers Union have launched a new website to provide easy access to information and resources that can help struggling farm families and rural communities.

NAWG Priorities for the Farm Bill