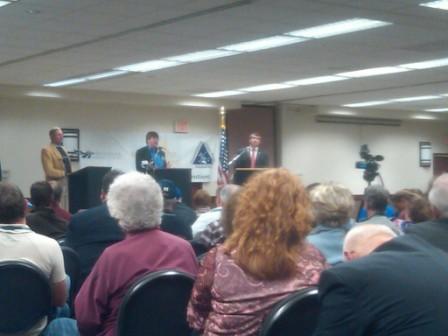 The Montana Farmers Union hosted a Congressional Candidates Debate on October 15, 2010 from their 95th Annual Meeting and Convention in Great Falls.

The Northern Broadcasting System fed the debate live to Montana radio stations and also made the audio available via www.NorthernAg.NET.

Gary Moseman, the managing editor of the Great Falls Tribune served as the moderator.

Listen to the candidates discuss these issues: