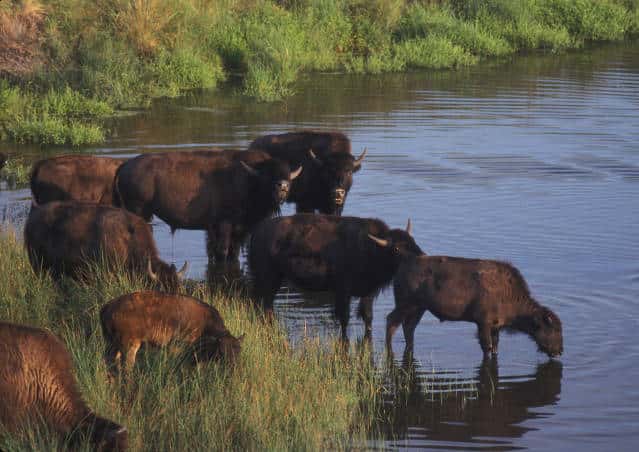 The following is portion of an article from the Billings Gazette:

Expectations for a statewide bison-conservation plan were scaled back by Montana’s top wildlife official on Wednesday following backlash from ranchers opposed to restoring the animals to parts of their historical habitat.

Fish, Wildlife and Parks Director Jeff Hagener said in an interview with The Associated Press that it was no longer considered viable to establish a herd of free-roaming bison without any fencing or other limitations on where they can go.

A pilot project to restore a small herd of 50 to 100 bison is a potential first step in the conservation plan, Hagener said. That’s a far more modest goal than one earlier proposal to create a new herd of roughly 1,000 animals somewhere in Montana as a way to help preserve their genetics.

Hagener said he hopes to compile a range of new alternatives before the Legislature meets in January. Timing on a final decision is uncertain. State officials originally hoped to have a plan in place by the end of this year.

“Free-roaming is unrealistic,” Hagener said. “There’s going to have to be some level of containment.”