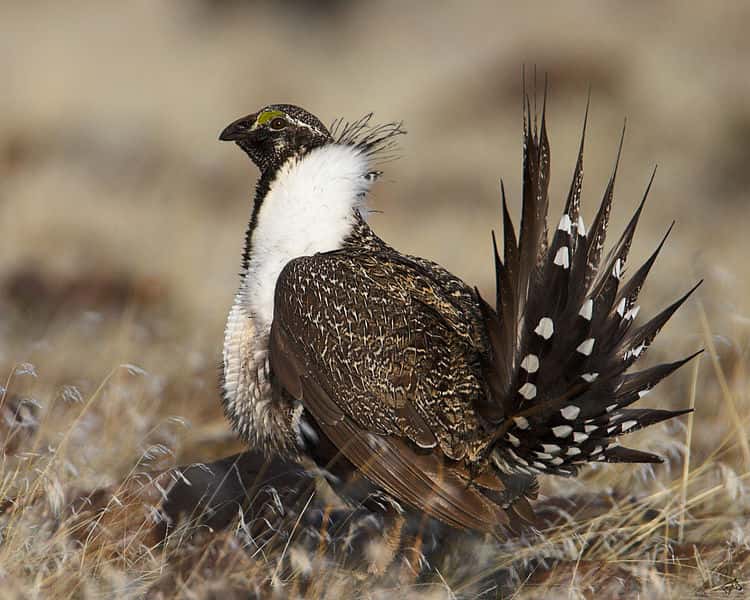 The following is a press release from Montana Fish, Wildlife and Parks:

Montana Fish, Wildlife & Parks will propose the season closure at the Fish & Wildlife Commission meeting in Fort Peck, Thursday, May 22.

Jeff Hagener, FWP director in Helena, said state biologists counted an average of 14.9 males per sage grouse strutting ground, or lek, last year and noted that preliminary indications show little or no improvement this year.  Last year’s count was the lowest recorded since 1980. Montana’s long term lek-count trend is about 30 males per lek on about 90 pre-selected sage grouse strutting grounds.

Here’s a rundown on Montana’s sage grouse lek surveys as they compare to the long term average since 2008:

Similar declines are being recorded in North Dakota where sage grouse hunting has been closed for the past several seasons. Final Montana counts for 2014 will be complete by the end of May and will be available for commission review at its July meeting.

For the past 10 years, the “Management Plan and Conservation Strategies for Sage Grouse in Montana” has guided sage grouse management decisions.  The plan requires a hunting season closure when lek counts are at least 45 percent below the long term average for three consecutive years.

Based on this spring’s field observations, however, FWP will seek to close the sage grouse season for 2014 due to the uninterrupted downward trend in sage grouse populations that began in 2010 and the broad range wide scale of low numbers.

“Based on the declines FWP biologists are documenting on the ground, FWP recommends that the most responsible course of action at this time, which is consistent with FWP’s management plan, is to remove hunter-harvest mortality,” Hagener said.

The sage grouse, North America’s largest grouse, is best known for its distinctive spring mating rituals on breeding grounds called ‘leks.” Sage grouse are a long-lived species with low reproductive yields, which makes population recovery slow.  Biologists estimate that sage grouse once could be found in 13 western states and three Canadian provinces. Today, sage grouse are found in 11 states and in southern Alberta and Saskatchewan. The native prairie bird’s remaining strongholds are in Montana, Wyoming, Idaho, Nevada, and Oregon.