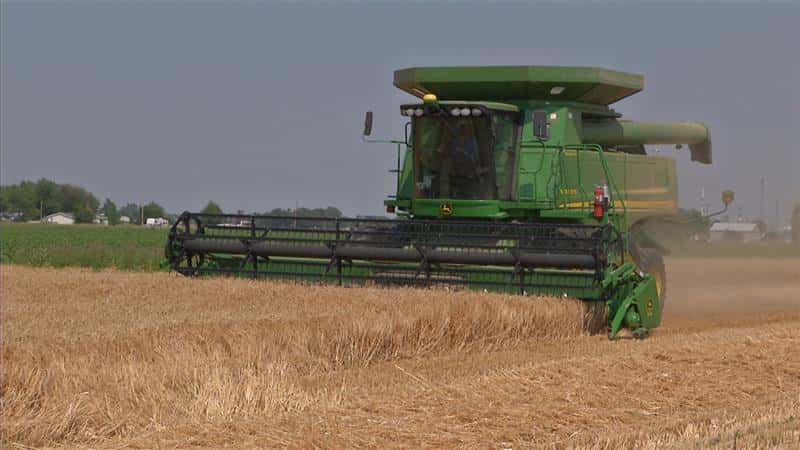 The Montana Grain Growers Association capped off a successful convention and trade show in Great Falls yesterday. This year’s event was attended by 850 farmers, guests and agribusiness members. New officers were elected and members finalized the organization’s policy for the coming year.

Michelle Erickson-Jones, a grain producer from Broadview, was installed as MGGA President for 2018. Michelle is the first woman to serve as president of the organization in its 61-year history. Elected Vice President was Lyle Benjamin of Sunburst; Treasurer Vince Mattson, Chester, and Secretary Mitch Konen, Fairfield. Tom Butcher, Lewistown, will serve as Past President.

Re-elected to serve a second term on the board of directors was Mitch Konen, District 5. Tony Gundermann, Larslan, who has been serving as an appointee from District 2, was officially elected to a four year term.

During the committee and resolution meetings, MGGA policy is reviewed, debated and approved by the membership. These resolutions guide the organization, its leadership and staff on issues that affect our industry. The approved 2018 resolutions can be found on the MGGA website at mgga.org/about-us/resolutions/.

What does JD.com and China mean for the future of Montana beef?