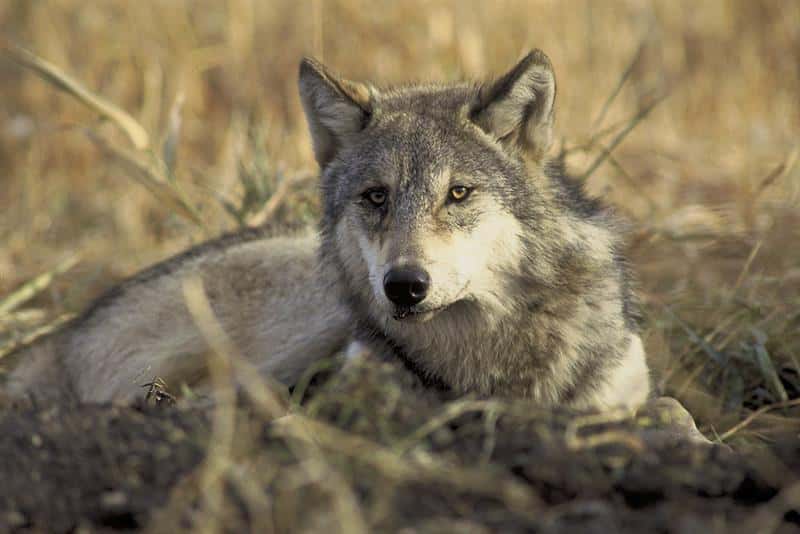 A total of 627 wolves were counted in Montana at the end of 2013, compared to 625 last year, according to Montana Fish, Wildlife & Parks' federally required annual wolf conservation and management report released today.

“Among the best news is that confirmed wolf depredations on livestock took a significant drop in 2013,” said FWP Director Jeff Hagener. “And that comes on top of fewer overall agency control actions than the previous year.”

“When considered as a whole, it appears those factors are continuing to curb wolf population growth,” Hagener said.

Confirmed livestock depredations due to wolves included 50 cattle, 24 sheep, three horses and one goat in 2013, down 27 percent from 2012 loses of 67 cattle, 37 sheep, one dog, two horses and one llama. Cattle losses were the lowest recorded in the past seven years.

The decline in wolf depredations continues a general downward trend that began in 2009. “For FWP, and we hope for others, it reinforces the fact that we not only have more tools for managing wolf populations, but that we're applying them effectively,” Hagener said. “One of our top priorities is to minimize livestock losses and we think we're continuing to make a positive impact there.”

A total of 75 wolves were removed via lethal control, down from 108 that occurred in 2012. Of the 75 wolves removed last year for livestock depredations, eight were killed by private citizens with permits to take offending wolves or under Montana's defense of property laws.

FWP's complete report is available online at fwp.mt.gov.  The minimum wolf count is the number of wolves actually verified by FWP wolf specialists.

The minimum number counted by FWP at the end of 2013 included 627 wolves. Montana's minimum wolf packs were counted at 152, compared to 147 last year but breeding pairs dropped to 28, compared to 37 counted last year.

The continuing decrease in livestock depredations over the past four years may be a result of several factors including targeted wolf depredation responses—and the effects of wolf harvest by hunters and trappers, which may also account for the drop in breeding pairs in the 2013 count.

“FWP's wolf management program seeks to manage wolves just like we do other wildlife—in balance with their habitat, with other wildlife species and with the people who live here,” Hagener said.

For the purpose of reporting minimum counts to the U.S. Fish and Wildlife Service, Montana is divided into three areas that reflect the former gray wolf federal recovery zones. The three zones cover the entire state and include more than one FWP region. Here's a summary of the 2013 minimum counts verified for those areas:

In the Montana portion of the “Central Idaho” area counts verified a minimum of 123 wolves in 26 packs, with seven breeding pairs, compared to the 2012 counts of 93, 23, and four respectively.

The Montana portion of the “Greater Yellowstone” counts include a minimum of 92 wolves in 22 packs, and five breeding pairs, compared to 132, 24, and eight respectively in 2012.

The additional 94 wolves harvested in 2014—as a result of the trapping season, which concluded Feb. 28, and the hunting season, which ended March 15—will be considered in the 2014 minimum wolf counts.

Included among other mortalities are 10 wolves killed illegally and 10 by vehicle collisions.

The recovery of the wolf in the northern Rockies remains one of the fastest endangered species comebacks on record. In the mid 1990s, to hasten the overall pace of wolf recovery in the Northern Rockies, USFWS released 66 wolves into Yellowstone National Park and central Idaho.FWP began monitoring the wolf population, and managing livestock conflicts in 2004. After several court challenges wolves were successfully delisted in 2011.

FWP's report is part of the annual federal recovery update required by USFWS. The end of 2013 count also shows that 659 wolves inhabited Idaho and 306 wolves inhabited Wyoming. The total northern Rocky Mountain recovery area's minimum population count is 1,691 wolves, which includes wolves that inhabit portions of Oregon and Washington. Annual reports from Idaho, Wyoming, and information about wolves in Yellowstone National Park and the northern Rockies as a whole are available from the USFWS online at http://westerngraywolf.fws.gov/.

The delisting of wolves in 2011 allows Montana to manage wolves in a manner similar to how bears, mountain lions and other wildlife species are managed, which is guided by state management plans, administrative rules, and laws.