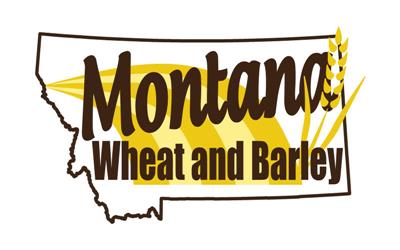 Great Falls, Mont.— Montana farmers now have a larger voice on the national stage, as two Montana Wheat and Barley Committee (MWBC) members have been selected to lead national grower organizations. Chris Kolstad, of Ledger, was selected as Chairman of U.S. Wheat Associates for the upcoming year, while Buzz Mattelin of Culbertson will serve as Vice President of the National Barley Growers Association.

“Montana farmers should feel very proud that Chris and Buzz will represent them in these roles,” said Collin Watters, Executive Vice President of the MWBC. “Their experience and knowledge will serve Montana and the nation well as they take the reins of these important organizations.”

Kolstad is the fourth generation of his family to in the Golden Triangle. He and his wife Vicki have four children, including their son Cary who is a partner in their operation. They grow hard red winter wheat, dark northern spring wheat, durum, barley and dry peas.

has farmed near Culbertson for over 40 years, raising durum, malt barley, sugar beets, safflower hay. He and his wife Laurie have two adult children, Joan and John, and three grandchildren.

The Montana Wheat and Barley Committee is a and directed check-off organization for wheat and barley growers in the state.  Its mission is to protect and foster the health and prosperity of the Montana wheat and barley industry. Visit wbc.agr.mt.gov for more information.