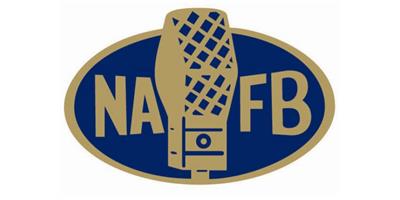 “Major Trade Groups in favor of passing the Trans-Pacific Partnership”

Last week, a major trade group pledged support to the Trans-Pacific Partnership trade deal. The National Foreign Trade Council vowed support for the TPP while saying it is encouraged by talks between lawmakers and the Obama administration aimed at making improvements to the TPP deal that will improve its chances of passage on Capitol Hill. The trade deal is gaining support from a large number of agriculture groups, as they say, the deal would substantially expand U.S. agriculture exports. The NFTC said the 12-nation TPP has the potential to serve as a major step forward in establishing rules-based global trade that will provide greater access to foreign markets. Other major groups such as the U.S. Chamber of Commerce and the National Association of Manufacturers have yet to take a stance on the trade deal. Earlier this month, the American Farm Bureau announced it supported the TPP, saying the deal promises to expand opportunities to some of the fastest growing markets around the world.

The Organic Trade Association intends to ask USDA’s Agricultural Marketing Service to establish a “transitional” organic designation for farmers who are converting their land to organic production. OTA Executive Director Laura Batcha says OTA would ask AMS to manage the transitional designation under its “Process Verified Program.” The designation, she added, would be a clear signal to the USDA’s Natural Resources Conservation Service, that a farmer is committed to the transition and worthy of the assistance NRCS can provide, according to the Hagstrom Report. Under the proposal, Farmers must not use prohibited chemicals on their land for three years before their production can be declared organic. During this time farmers have to use organic production methods while selling their crops as conventional, which usually means lower prices and incomes than certified organic producers get. Batcha also said that OTA expects AMS to give its application for an organic checkoff “a judicious review,” but hopes for approval in 2016.

The Environmental Protection Agency extended the public comment period on the proposed changes to the Pesticide Applicator Certification Rule an additional 30 days. The closing date for comments is now January 22nd, 2016. EPA is proposing stronger standards for pesticide applicators that are certified to apply the riskiest pesticides, known as restricted use pesticides. The goal is to reduce the likelihood of harm from the misapplication of those pesticides and ensure a consistent level of protection among states. The EPA proposes the rule that would establish a first-time-ever nation-wide minimum age of 18 for certified applicators and persons working under their direct supervision. The proposal also would require all applicators to renew certifications every three years. The EPA first proposed the certification rule in August of this year.

Following dozens of illnesses attributed to E. coli, Chipotle has vowed to make changes in its supply chain. Founder Steve Ells vowed Chipotle will ramp up safety measures at the company’s nearly 2,000 locations. The company will likely rely less on local supplies that can’t comply with sophisticated testing and also prepare ingredients such as cilantro and lettuce in a central kitchen before shipping it to local restaurants. “In Other words,” wrote the Wall Street Journal, “Mr. Ells promises to bring his restaurants into the 20th century.” The newspaper notes that Chipotle’s marketing campaign was built around degrading agriculture, yet the campaign couldn’t exist without efficient agriculture. A cult-like following has gone so far as to publish a fabricated news story on a self-proclaimed “alternative news” website, claiming biotech companies, such as Monsanto, were attacking Chipotle by planting E. coli in Chipotle’s supply chain. The Wall Street Journal also reported that perhaps Chipotle’s anti-agriculture campaign may be no longer, pointing out that the company’s stock dropped below $500 for the first time in over a year just last week, and down 25 percent this year.

USDA’s National Agricultural Statistics Service (NASS) is reaching out to beekeepers and farmers across the nation this month and next to gather information on the number and health of honey bee colonies, honey production and stocks, and the cost to farmers of pollination services. USDA says the surveys will be used to develop baseline data and additional goal metrics for winter, summer, and total annual colony loss in support of the National Strategy to Promote the Health of Honey Bees and Other Pollinators. Among its goals, the Strategy aims to reduce honey bee colony losses during winter to no more than 15{257ecae47c7fec349321aca28547072fa2160c1991a573be7695613338f0f130} within 10 years. Beekeepers should expect to receive two surveys from NASS. They will receive the existing Bee and Honey Inquiry, which surveys beekeepers about honey production, price, and stocks, but not colony health. Beekeepers will also receive a new survey from NASS, which the agency will use to publish state-level estimates on key topics, including number of colonies, colonies lost, colonies added, and colonies affected by certain stressors.

The National Corn Growers Association is asking for members to apply for the Leadership at Its Best Program co-sponsored by Syngenta. Growers must be nominated by their state corn association. The deadline for state associations to submit their nominees to NCGA is March 25th. Open to all NCGA membership, Leadership at Its Best provides training to growers on a number of topics, according to NCGA. The first session, held in August in Greensboro, North Carolina, addresses personal communications skills, public speaking and association management. The second session will be held in March 2017 in Washington and focus on public policy issues, meeting with their congressional delegation and parliamentary procedure.  The Association says through the program, participants build the skill set needed to become a more confident public speaker with a solid background in the procedures and processes used by NCGA and many state organizations. Find more information online at NCGA dot com (www.ncga.com).