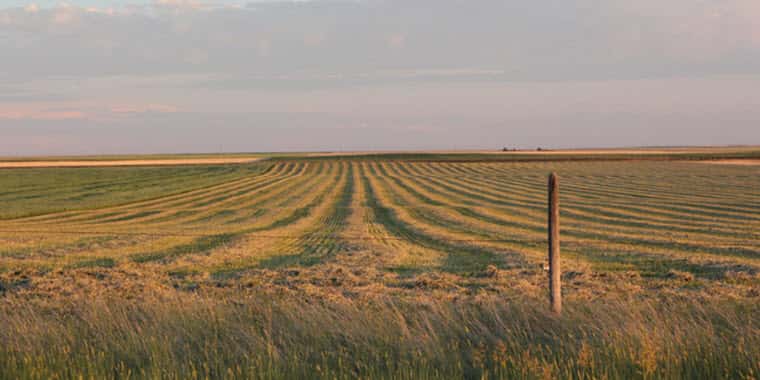 WASHINGTON (DTN) — There were fewer middle-sized farms in 2017 than five years earlier, and the age of the average farm operator continues to tick upward, according to results of the 2017 Census of Agriculture released Thursday.

USDA’s National Agricultural Statistics Service said the data shows that both farm numbers and land in farms have had small declines since the last census in 2012. There are more large farms and more small farms but fewer “middle-sized farms,” according to the data. The average age of all farmers and ranchers also continues to rise.

The Ag Census showed 96% of farms and ranches are family owned.

USDA changed some demographic questions for the 2017 census to better draw in all of the people involved in the decision-making on farms. By doing so, the number of farmers and ranchers rose nearly 7% to 3.4 million people, with most of the growth because of multiple producers added per farm. Most of the new producers added were female as well.

The changes show 36% of all farmers and ranchers are female and 56% of all farms have at least one female decision-maker. Farms with female producers making decisions tend to be smaller than average in both acres and value of production. Female farmers and ranchers are most heavily engaged in the day-to-day decisions along with record keeping and financial management.

There are 321,261 young producers age 35 or younger on 240,141 farms. Farms with young producers making decisions tend to be larger than average in both acres and sales.

Other demographic highlights include:

— One in four producers is a beginning farmer with 10 or fewer years of experience and an average age of 46.3. Farms with new or beginning producers making decisions tend to be smaller than average in both acres and value of production.

The National Association of State Departments of Agriculture (NASDA) highlighted the census release, stating the data provides the only source of uniform, comprehensive and impartial agriculture data for every county in the nation. Census data provides federal, state and industry groups with data necessary to make informed decisions about agriculture, food and rural development, NASDA stated.

“Census data is crucial for understanding large trends and issues such as trading markets and the impact of natural disasters,” said Barb Glenn, NASDA’s CEO. “Good policymaking starts with ample and unbiased data. We encourage everyone to take advantage of this irreplaceable resource.”

The National Sustainable Agriculture Coalition said in a news release Thursday that the main takeaway from the new ag census data is that consolidation in agriculture is resulting in the loss of more medium-sized family farms and concentrating wealth and power among fewer, larger agribusinesses.

“The 2017 Census of Agriculture puts hard data behind what American farmers and farmer advocates have known for some time — if we don’t invest in beginning farmers and the advancement of our family farms, and if we don’t put checks on increasing consolidation in agriculture, we’re going to be at risk of losing the ag of the middle entirely,” Juli Obudzinski, NSAC’s interim policy director, stated in the news release.

However, Obudzinski also noted there were several positive points in the census that can serve as “guideposts” for determining the right investments and making food and farm policy decisions at the federal level.

“Beginning farmers have increased by 5% over the last five years, for example. That’s a clear sign that interest in agriculture is rising — but it also means that we’ve got to increase our investment in support and outreach to meet that rising interest,” Obudzinski said. “We’re also seeing great trends in the organic industry — average organic sales per farm grew by 84% and the number of acres transitioning into certified organic also increased by 15% over the same period. Similarly, local food sales continue to rise; the sector is up by roughly $1.5 billion since the last Census.”

To view the full 2017 Census of Agriculture report, visit: https://www.nass.usda.gov/….

EHM Emerges in the Region