BILLINGS, MT – In a year where supply chain disruptions have run rampant, Angela Caddell, the new Group VP of Agricultural Products for BNSF Railway says Agriculture has been one of the few bright spots for the railroad. 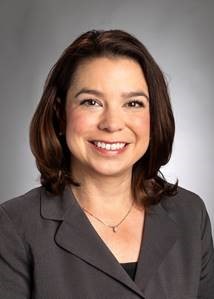 Caddell has been with BNSF nearly 25 years serving industries from coal to industrial products to agricultural products and was appointed to lead the Agricultural Products division in May. Notably, BNSF also promoted its first ever female CEO, Katie Farmer to assume leadership of BNSF’s board of directors in September of 2020.

Four out of every 5 bushels of wheat raised in Montana are exported out of the state on a rail car, so the partnership between farmers and BNSF railway is critical.

When reflecting back on how COVID hit the railroad in 2020, Caddell notes, “It’s been a challenging year for us as it has for so many. We were looking at rail car loadings that were about 20% below what we saw the year prior. But a bright spot is our agricultural products business, driven by strong export demand and really stable domestic demand.”

Montana farmers had a big production year in 2020 with record winter wheat and barley yields and the second largest spring wheat crop in history. Caddell says that increases in production have required BNSF to be continuously forecasting and preparing to support farmers.

“We’ve seen in the last 3 years the largest volume of agricultural goods ever. We always strive to provide that best in class service, but we also continue to invest in our network to support our ag business. This year we’ve added crews, we have activated more locomotives out of storage. We have actually added rail cars to our grain fleet and we will be running more grain shuttles than ever before to meet that demand.”

Since the majority of Montana grain must traverse this lake on its way to the terminals, Montana Grain Growers Association and other agriculture associations have advocated for the bridge project to prevent bottlenecks on the railroad when grain is being shipped to terminals in the Pacific Northwest. The project will double rail capacity over Lake Pend Oreille. Caddell thanked Montana producers who supported the project.

Caddell added that BNSF is focused on safety and providing the service their customers need as customers grow their businesses and bring volume on to the railroad.

“Overall it has been a challenging year, but we are encouraged by the increase in economic activity and the increase in some of the volumes coming back to the railroad. I especially want to thank all of our customers and Montana Producers, specifically. Thank you for your hard work this year and for your partnership. We are excited and prepared for a big ag program this year.”

Speaking of heroes – I grew up in Montana and had family members who farmed in ND. I never saw such wholesome and hard working people. We were having dinner at a dinner theater in Branson and we shared our table with a young couple who were farmers, with small children. It was the first time they had been away from the farm for several years. They were totally out of their element and talked about the farm and family. I think that they missed it so much that they had a hard time enjoying the show. I have ‘t thought about them in years. So young and so so dedicated. I can only imagine from what I’ve heard and seen from the farmers I have known in my lifetime how much work and dedication it takes and America owes a debt of gratitude for all that our farmers do. Thanks you! You and your families are truly unsung heroes!!!