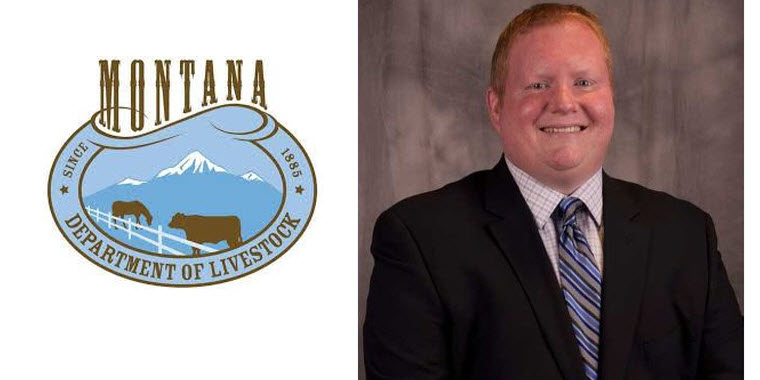 New Executive Officer Hired for Montana Board of Livestock

The Montana Board of Livestock unanimously voted today to appoint Mike Honeycutt as the new Executive Officer, replacing Dr. Marty Zaluski, who had been appointed to serve as interim Executive Officer following Christian Mackay's resignation in September.   His official start date was set for February 1, 2016.

Board members John Scully and Nina Baucus who spoke on Honeycutt's behalf during the conference call both commended his skills, background and the strong recommendations received from his references.

“He demonstrated an actual knowledge relative to budget management and software management, empathy for  employees relative to the difficult times he needed to deal with and he seems to have the skill set necessary to do the job and the interest,” said Vice Chair John Scully

“He is very well spoken of by those who have worked with him, They have indicated that he has a very good knowledge with people, working with budgets, and sticking to budgets, ” added board member Nina Baucus.

[EasyDNNGallery|3395|Width|400|Height|400|position|left|resizecrop|False|lightbox|False|title|False|description|False|redirection|False|LinkText||]Mike started his career as an agriculture education teacher in North Carolina before working as a senior team leader for the National FFA Organization.  He was responsible for managing work groups that delivered leadership education programs, agricultural based recognition programs and business development activities for the National FFA Organization. He was also responsible for managing a full time staff and budgets of over $4 million.
For the last 3 years, Mike Honeycutt has served a Managing Director for the National Council for Agricultural Education in Helena, MT.  He managed the day to day operations of The Council which included managing fiscal operations, communication for the board and president and support for the Council's leadership in carrying out the strategic plan from year to year.

He was also active in Farm Bureau, serving as the President of the Marion County Farm Bureau, in Indiana for 5 years.  He was involved in board management, financial management and oversight of the agricultural advocacy efforts. He represented District 6 of Indiana Farm Bureau on the state resolutions committee.

Honeycutt holds a bachelor's degree and a master's degree in Agricultural and Extension Education.  Honeycutt, originally of North Carolina, is married to Raylee, a native of Ft. Shaw, Montana.  They live in Helena with their twin daughters.

Northern Ag's Lane Nordlund had spoken with Honeycutt following his interviews with the Board of Livestock in December, and asked him why he wanted the job. According to Honeycutt, he can see the mess that the department is in and he knows he has the abilities to coordinate, lead and bring the right people to the table to succeed. He said he was “more excited everyday to work hard to fix this serious situation.”