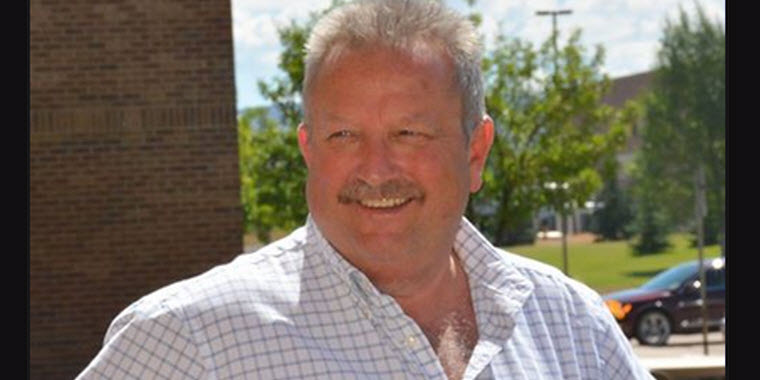 Didn’t take long for a department of people armed with ample expertise and opportunities for growth to change a 30-year Buckeye into a Cowboy.

Mike Day became head of the Department of Animal Science the end of July, ending his career with The Ohio State University and beginning a new one at the University of Wyoming.

“My list was pretty short of where I wanted to go,” said Day, a professor and now former graduate program studies chair in the College of Food, Agricultural, and Environmental Sciences in Columbus. “Wyoming fit well with me.”

UW seemed just the right fit. He’s taught, he has domestic and international research projects and he extended OSU resources to producers.

Associate professor Warrie Means, who served as interim department head during the two-year journey to fill the position, said department personnel were excited to have Day join.

“He’s an excellent researcher, has a very good track record in publications and has received national recognition,” said Means. “His interests are aligned with Wyoming. It’s excellent we were able to attract a high-quality candidate like Mike.”

Day has come to know some of the current and past faculty members in the department through professional associations and contacts and said he’s excited about the department’s future.

“It’s a nice faculty group, a good faculty with varied interests and that is interested in becoming stronger,” he said. “I got the feeling people here wanted to grow and improve. I think we’re at a pretty good place now, but we have a high ceiling for growth. We can always get better.”

The position opens a gate to move Day to the other side of the fence – from the nuts and bolts of building a program to leadership.

“As an administrator, your job is to make a program better and make other people better,” he said. “That’s what’s interesting to me about this position. Not so much that I look good, but that I’m able to help build this program.”

Day grew up on a Missouri farm, raising cattle and swine. His father was a professor in the animal science department at the University of Missouri, specializing in swine. Day received his bachelor’s degree in animal husbandry at Missouri and earned his master’s and Ph.D. in cattle reproduction from the University of Nebraska. He then joined OSU in 1985.

He met his wife, Toni, while both were undergraduates at Missouri. They were married while he was attending graduate school at UNL. She helped coach the meats team and meats animal evaluation team.

Their daughter, Leslie, is an undergraduate majoring in biochemistry at Missouri. Their son, Travis, received an associate’s degree in diesel and agricultural technology and works for a construction company in Ohio.

Although Day’s father specialized in swine and the son in beef cattle, they share a distinction no one else can claim. They are the only father and son to receive the Animal Physiology and Endocrinology Award from the American Society of Animal Science.  Day’s father received the award in 1982 and Day in July.